Red Grapes In The City EP 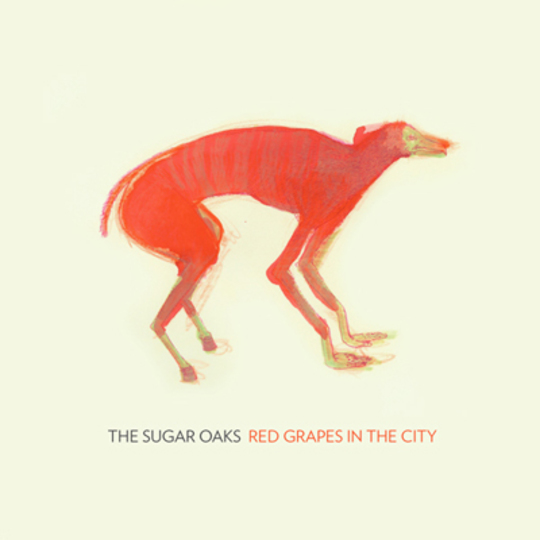 Hailing from Florida, The Sugar Oaks compare themselves to Bruce Springsteen by way of the fact that they, like The Boss, bury their songs in hometown references and myths, not to mention an ethical authenticity that they believe sets them apart from many of their contemporaries. Born In The USA indeed, but then again, so were millions of others...

And then of course, let's examine their contemporaries. Since their earliest shows around their base of Orlando, The Sugar Oaks have shared stages with the likes of The Hold Steady, Of Montreal and Magnolia Electric Co., and except for the latter, it's difficult to finds any common ground between any of them. Instead, The Sugar Oaks are steeped in folk, pop and country hybrids that date all the way back to the early 1970s (The Band, REO Speedwagon) and beyond (think Canyon, or to a lesser extent Akron/Family). All too often though on Red Grapes In The City there isn't quite enough diversity or individuality to set them apart from many other bands doing this sort of thing either.

Sure, lead vocalist Eric Hayden can hold a note, particularly where his faultless harmonies with keyboard player Soraya Zaumeyer (now a former member) are concerned, while his stories of Mexican immigrants ('Los Rebeldes') and homesickness ('Clearwater Blues') are refreshingly sensitive and honest. But, and here's the biggest dilemma, musically it doesn't quite manage to hold one's attention long enough to make the kind of impact one would expect from something so exquisite in detail. After all, if one is prepared to lend an ear to album-long tales of everyday humdrum in doss-holes like Sheffield, Manchester and Glasgow, then it shouldn't be too much to ask to give these more exotic settings a few precious moments of time.

Standing out like a sore thumb from the rest of the EP is the closing 'Banana Leaf', whose dub-heavy bassline and melodramatic organ outro suggests a slight change of direction may not be too far ahead in the future, and with more than 20 songs already written and recorded (but as yet unreleased), The Sugar Oaks intend on being around for a good while yet.