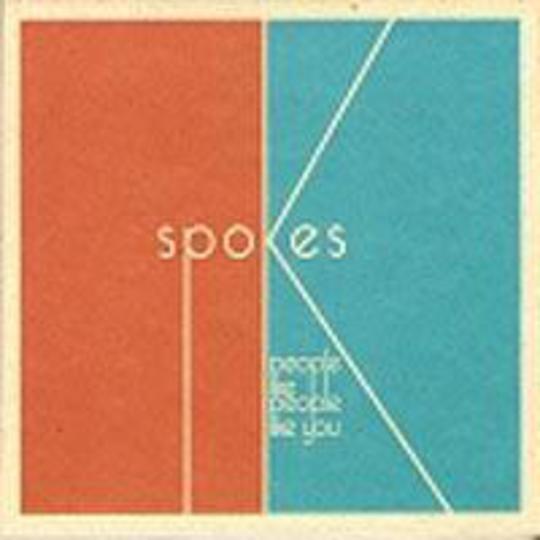 Outside of ‘emo’, post-rock is a recent genre that has gone through more subtle incarnations and offshoots - be it a cerebral or more suburban variant – than most since it was first cited as a valid entry in the greater rock lexicon. Early signposts may have correctly pointed towards latter-day Talk Talk or the electronic flavoured musings of Tortoise, but many recent adherents of the form have favoured the type of instrumental swells and explosive climaxes perfected by Mogwai and those bright Texans in Explosions in the Sky.

Spokes, with their debut People Like People Like You, are a Manchester quintet who adopt all the characteristics of the genres more recent champions. Listen to opener ‘We Like to Dance and Steal Things’ or _‘Precursor’ _and you’ll find that carefully balanced interplay between jangly, ambient guitar noises, ethereal vocals and grandiose, dynamic builds we’ve all come to expect from any band lumped into the post-rock category. Normally, this would be the perfect jumping off point for easily jaded cynics to cry out ‘derivative’, but Spokes do themselves a favour by masterfully relaying familiar ideas back to us with a finely-cut precision and underlying conviction that brushes aside all thoughts of been there, heard that.

Nowhere is this better heard than on the shining_ ‘Young People! All Together’. Its hushed beginnings slowly give way to a heady mixture of strings and propulsive drums before the sounds of children in a schoolyard are brought to the fore alongside wailing vocals that in turn catapult the resulting mini-symphony towards exhilarating heights. Boundary breaking it may not be, but when similar tricks rear their heads on _‘Sometimes Words Are Too Slow’, it’s apparent that Spokes have gone through the effort of weaving the now well-worn characteristics of post-rock into every single crevasse of their musical make-up until the emotional intensity and waves of melody heard in their songs sound like they come as naturally to the band as breathing.

The rulebook may not have been re-written on People Like People Like You, but you’re bound to find a well-worn, dog-eared, carefully studied copy of it on the band’s shelf. No one knows what the future may bring, but if Spokes are willing to use what they’ve learned and accomplished thus far as the cliff from which they make that blind leap into the terrifying unknown, then they just might find others willing to follow.