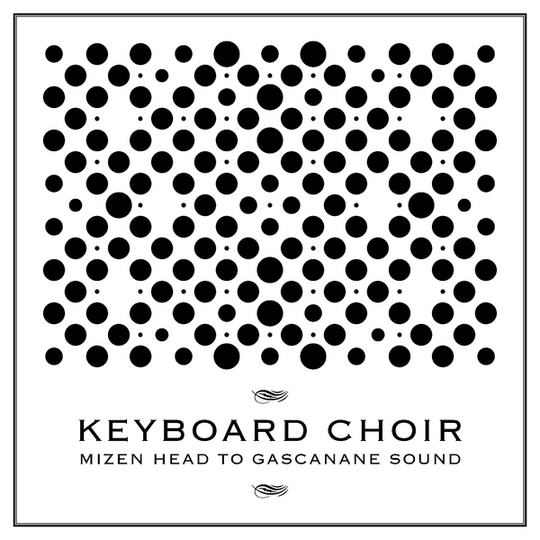 It's an obvious point to make, but music originating from Oxford these days - and historically - is a bit clever, isn't it? Foals, even though they're commercially successful, still make 'complicated' music, relatively speaking, and the likes of Youthmovies, The Evenings and Sunnyvale Noise Sub-Element (members of the latter two actually form the core of TKC) are ploughing, have ploughed, nothing if not an experimental furrow.

Before them, of course, came Radiohead, as well as the likes of Meanwhile Back In Communist Russia and Suitable Case For Treatment. All wildly different, musically speaking, but with a tendency for the progressive, the complex, the outside-the-box.

Enter The Keyboard Choir, a six-piece electronica ensemble who started out with the intention of using exclusively electronic sound sources to produce an innovative live show. Whether it was their original intention to transfer this to wax remains to be seen, but their debut LP is certainly a work of no little artistic worth. Hence, we're glad they did.

Opener 'The Drone Of The Hearse' does exactly what it says on the tin, generating a sense of foreboding with nothing more than an organ sound set against a backdrop of crackling. 'Legal Boards', meanwhile, is a more layered affair, with cut 'n' paste drums underpinning an atmospheric ambient track occasionally perforated by glitches, beeps and stabs. It borders on the celestial.

Music of this nature, less accomplished music of this nature at least, often fails to stir the senses, but TKC avoid this pitfall by imbuing their compositions with an intangible air of pathos. Still, on the likes of 'In This Situation, Thinking Won't Help!' they show they know how to party, too. The former goes down the well-travelled DJ Shadow route of processed beats and mashed-up hip-hop vocals; it's a highlight.

Elsewhere, the blissful 'Put Me Down' and 'Skylab' provide the ideal 6am headphone fix, all ambient waves and understated electronica, whereas 'The Shiver' builds slowly before switching to an industrial vibe. 'Bugs', meanwhile, sounds like the result of a Burial/Aphex Twin collaboration. We can but dream.

Closing track 'Electrical Unity' is the perfect introduction, or perhaps epitaph, for this beguiling debut - starting, as it does, with cotton-wool bleeps and beats before culminating in a crescendo of machine-generated noise. Over the course of the previous 50 minutes, Keyboard Choir have proved their ability to master both these crafts, and many others in between.