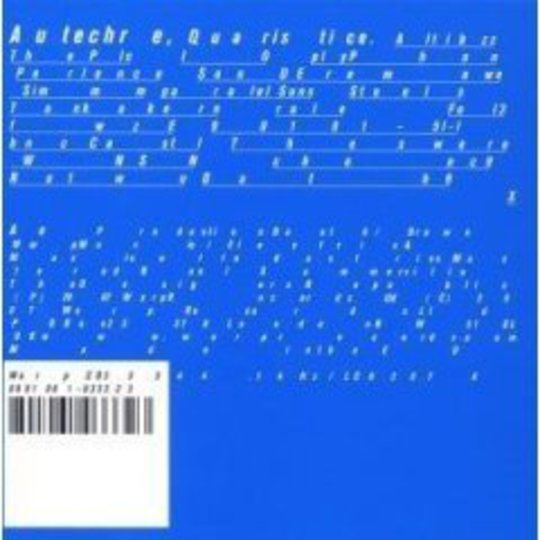 They may try arguing it’s pop music, but give Quaristice, the ninth studio album from Autechre’s Sean Booth and Rob Brown, a listen and you’ll find nothing even closely resembling what’s been commonly defined as pop music within the last 50 years.

The very definition of challenging, the duo’s work has equally enthralled, confused and irritated music fans since the arrival of 1993’s _Incunabula_. Though it’s 1995’s _Tri Repetae++_ that served to cement the duo’s reputation as kings of the poorly named IDM scene and subsequently found them name-checked by every backpack-wearing chin-stroker and Thom Yorke ever since.

It’s that record, according to the naysayers, that has gone on to haunt every subsequent release, with shifts towards a more full-on, cut-up machine music sound being met with either open arms or criticised for failing to recapture the spirit of their perceived benchmark.

The word ‘polarising’ is certainly apt when it comes to Autechre and there’s little likelihood of _Quaristice_ acting as an olive branch for one-time fans and critics. But that doesn’t mean the record is a lost cause. Far from it.

Lacking any kind of thematic unity, the 20 tracks featured offer a glimpse into the varied worlds Booth and Brown have been exploring for the past two decades. The only semblance of a constant is a return to examining ambient sounds and textures on opener _‘Altibzz’_ and closer_ ‘Outh9x’._ Simultaneously acting as bookends and emotional anchors, the two tracks offer a gentle framework from which to peruse the remaining 18.

On face value, there are moments when _Quaristice_ seems more like a collection of sketches than complete works. The opening warm melodies of _‘Simmm’ _refuse to sit still and eventually break away into a realm of pounding mechanics, before devolving into off-kilter rhythms set to sea amidst a backdrop of dark ambience – and all this happens in the space of five minutes. Yet stretch the duo’s apparent short attention span over the space of 70 minutes and what’s really at play – from the future electro-shock of _‘90101-51-1’_ to the full-on audio chaos of _‘Fol3’_- is a welcome abundance of ideas being explored and experimented with over and over again.

The best advice with _Quaristice_ is simply this: give it time. Its layers upon layers of ideas and electronic noise require a level of repeat digestion far, far removed from the instant gratification and heart-on-sleeve emotions dominating the musical landscape. And that’s never a bad thing when done with the innate skill and passion for progression heard here.