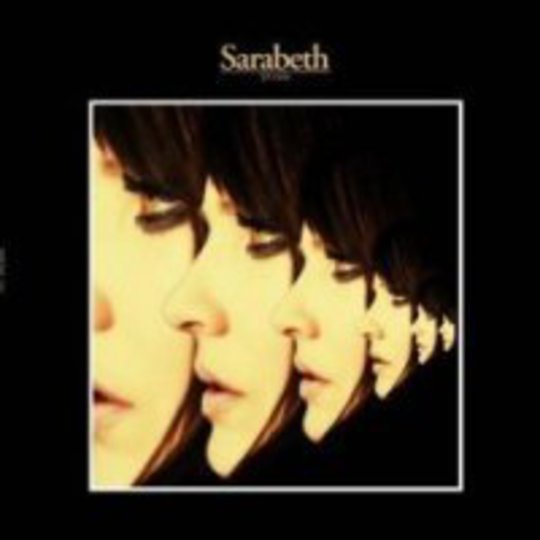 Now I know it’s not a completely hopeless mission to send Bob Dylan’s management demo tapes. That is what Sarabeth Tucek did, and it landed her an opening slot when Dylan came through town last year, said town being somewhere in Massachusetts. Before that, Tucek was virtually unknown – a quiet coffee shop vocalist strumming fragile tunes in sparsely populated dives across America. Since that Dylan show, which was averagely received, all has predictably changed.

Her self-titled debut, released quietly in the US last year, has found a home on the Echo label in the UK, and she’s amassed a veritable who’s who of fans, including Bill Callahan (Smog) and members of the Brian Johnstown Massacre. Saying that, both the aforementioned collaborated with Tucek before she opened for Dylan, but regardless: what an amazing supporting slot for the resume.

But after several listens to the eleven tracks on this debut, I am not convinced that Tucek is worth all this acclaim. These are sweet songs, smooth as skimmed milk and utterly endearing, but their pounce is almost too soft at times, as Tucek fails to leave any permanent scars behind, and it is those scars that make the sensual to die for. The girl can sing, beautifully indeed, but no better than other contemporaries who, frankly, provide more meat to stew on than Tucek does.

A cross between the Beth Orton’s masculinity and Cat Power’s feminine zeal, Tucek sings confidently, expelling a biting wit and strong sense of melody alongside simple guitar and piano accompaniment, done in such a restrained fashion to ensure that her voice is front and centre. Yet Tucek only beautifies this responsibility sporadically, leaving some songs rudderless, without direction and pale. The opener ‘Something For You’, a caustic jab at a former lover set to a cloudy strum, is such a victim. Tucek puts all the emphasis in her voice, corralling you to heeding every word she says, but the end result fails to boil, pique interest or ensconce. It goes somewhere, but I am not sure where.

Saying that, the triumphs on this record even out the challenges, as Tucek sings as if the next sandwich depends on it on many of these numbers. ‘Holy Smoke’ is one example: it is the best song on the record, a surprisingly gritty feast of foul that rolls through dark lanes of countrified twang into a psychedelic freak-out, ripping through a hogwash of sounds in the bridge before settling back into the casual, sensitive demeanour shared by other tracks. In addition, both ‘Nightlight’ and ‘Blowing Kisses’ exhibit a pensive, exciting songwriter to laud, as the lyrics, the way she sings them and the sly, reverberated backing melodies, reveal that sensual sarcasm Tucek is obviously capable of. Once again, Beth Orton comes to mind; a less orchestrated, stripped-down take on the sound of course, but equally confident and embracing. Moments arise where Tucek’s talent shines, validating her acclaim in one fell swoop, but these are only moments, bits of sound within the symphony, gorgeous on their own but forever trapped in being a piece of the puzzle. Too bad not every number here worked out equally.

Regardless, I see what Dylan and his management sees in Tucek and, in future albums, I may be able to share in such excitement. Right now, however, she must start to think twice, because not everything is all right.