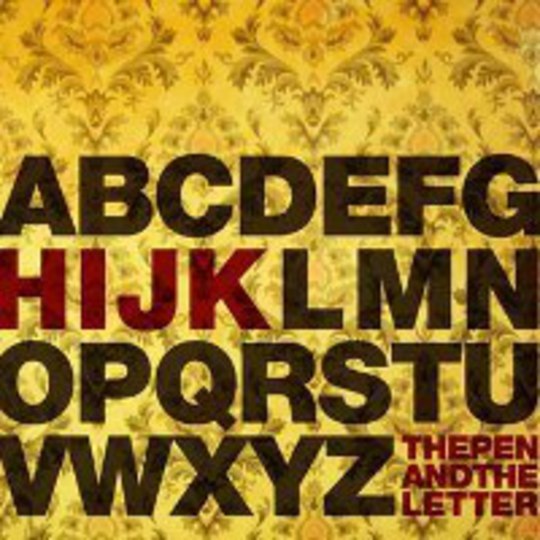 Formerly known as Hijack the Disco until Panic At the Disco’s meteoric rise forced a rechristening, *HIJK *are an Oakland, California trio intent on inhabiting that border realm where high-minded conceit cohabits with something of an all together more radio-friendly variety. It’s a precarious place to dwell though. Get the balance right and you have a potential juggernaut on your hands along the lines of Bloc Party or that first Franz album. Get it wrong and… well, no one seems to ever remember those who failed to navigate their way through the murky haze where art meets accessible pop.

From the very outset of debut LP, The Pen and the Letter, it’s evident that HIJK are aiming to be all things to all people. They toss in the offbeat time signatures and power chords the post-hardcore kids lap up. They occasionally pound away on a keyboard to give the dance-punks something to chew on and they use duelling vocalists capable of leaping from a soaring yell to a soft pop croon in an instance.

It may sound like the ingredients are in place for at least commercial success, but where some prove themselves adept at wrapping up multiple ideas, like the ones HIJK use, into a cohesive whole, The Pen and the Letter merely comes across as a textbook example of a musical identity crisis. ‘Whistle While You Work’ evokes Mystery Jets with Bernard Sumner on guitar, before everything devolves into an inexplicable, seven-minute pop-punk jam session._ ‘Center of Things’_ follows in the footsteps of early Jimmy Eat World with its loud, quiet, loud bits and sensitive, yet wailing vocals, only with half the charm.

Repeatedly cramming in everything from watered down emo to ‘art rock’, hardcore and full-blown radio pop into the space of a single song, HIJK have strung together every idea they could possibly think of until the sheer weight of it causes everything to collapse into a muddled heap with only the occasional hint of promising melody poking out of the debris.

Now could someone please hand this lot a dustpan? They have some cleaning up to do.