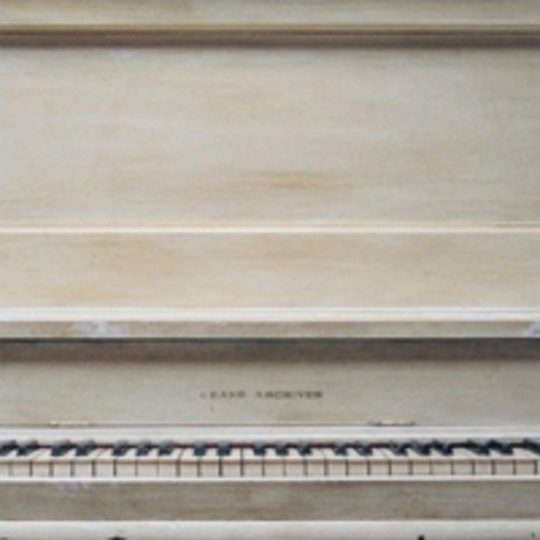 It’s almost a year to the day since the four-song demo from unknown Seattle band ‘Archives’ (later changed to Grand Archives) was posted online by Pitchfork boss Ryan Schreiber. The only detail of particular note to rank them ahead of the overflowing plethora of indie-rock hopefuls on the site: that this was the ‘other musical project’ that the band’s frontman and songwriter, Mat Brooke, had left the commercially successful Sub Pop-signed Band of Horses to ‘concentrate on’. While the truth was partly about differences of musical opinion, what drove this decision was Brooke’s need to have a project all of his own. One that, when he went to rest his weary head against the pillow at night, he had control over and responsibility for - much like his previous band, the breathtaking sad-core outfit Carissa’s Wierd. However, fans of both the aforementioned act and Band of Horses will be slightly surprised when they hear Grand Archives. The sound is one that sheds the grey self-pities of Carissa’s as well as the reverberated overdrive of BoH and trades it for sunshine, high-flown vocal harmonies and strong indie-pop hooks.

It’s clear that, with age, Brooke has overcome his earlier depressed moods and instead whips up a dreamy, beautiful sound that combines sullen lyrics (“I remember hours scraped away hospital blue paint off the walls, like it could take forever. Lighting the swan matches to see just how long they’ll take burn”) on tracks such as ‘Swan Matches’ which witnesses him pairing up with ex-Carissa’s Wierd vocalist Jenn Ghetto (as well as the band’s violinist Sarah Standard) recreating the magic they clearly still possess as a unit. But, much of the Grand Archives’ sound is indebted to the American sunshine pop and vocal harmony groups of the late ‘60s such as The Association, Crosby, Stills, Nash and Young, The Beach Boys and America. The near-falsetto harmonies and use of horns on ‘Miniature Birds’ are coloured with the same shade of Crosby, Stills and Nash’s classic ‘Our House’. Lyrically, Brooke is heavily influenced by these artists and also retains the same poetically descriptive prose he has always possessed: “The index moon was red, I was thinking about a friend, train whistles blowing. Echoing out a past, splintered wood and ash, the bells were all ringing out loud.” (‘Index Moon’). It makes for a delightful, sunny and rejuvenating listen that would provide a welcome soundtrack to any springtime.

Where a band’s demo has firstly become so widespread and, secondly, been so good, it is difficult not to compare and contrast the final result with the earlier recorded matter. In this case the demos hinted towards a wider and altogether more electric sound full of soaring peaks and plummeting breakdowns. In fact, in the same atmospheric vein as Brooke’s highly lauded and much-loved previous act Carissa’s Wierd. However, the final versions of these songs that made it onto the album are musically more genteel. ‘George Kaminski’ is now acoustic and misses the resurging ending, leaving the song pleasant rather than energetically vital. Same applies to opener ‘Torn Blue Foam Couch’ which trades guitar and reverb for harp and electric piano. However, these alterations do ease the tracks’ slotting between the other eight. Overall, The Grand Archives contains gems aplenty – whether it be the piano-driven, vocal harmony-laced little beauty ‘Louis Riel’ or, in contrast, the up-beat radio-friendly sing-along ‘The Crime Window’, as near to The Beach Boys the band come (think ‘Good Vibrations’ mixed with ‘Fun Fun Fun’).

What Brooke has ended up with here is the sound of himself leading in exactly the manner he wants. It’s already led to inking a deal with Sub Pop after their first show, as well as a support slot on Modest Mouse’s US tour last year. The Grand Archives offers an impressively alternative take on American indie; blending a number of interesting influences to create a fresh and airy project. Often-gorgeous, often-gentle indie-pop which adds the variety of instrumentation and multi-part harmonies to flesh out Brooke’s weathered and sincere songs. It just goes to prove that, sometimes, in life we have to go the route our heart tells us to, for only there does the answer to true happiness lie.