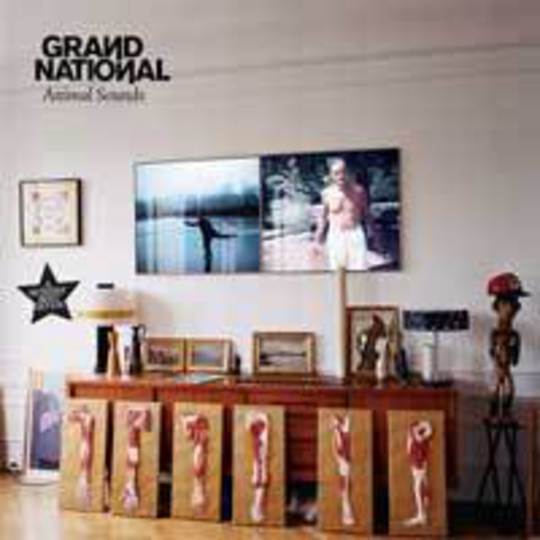 Grand National do pulsing indie-dance like so many others: with a slickness that’s admirable but a heart that’s wholly mechanical. Once the vocals kick in, well over a minute in, things begin to get interesting; unfortunately, too much of ‘Animal Sounds’ is so-so at best for far too long.

Less an upper for dancefloor doyens and more a classic slo-mo comedown groove, this punch-punch-bleep standalone from the forthcoming A Drink & A Quick Decision album is neat, precise, accomplished. But vacuous, too, its pop too clean of coloured-over edges to truly engage. When Kylie’s releasing singles that sound like the soundtrack to Flight of the Navigator destroyed and reassembled by Justice (‘Wow’ is flipping awesome), these below-the-radar types really need to up their game to get a look in.