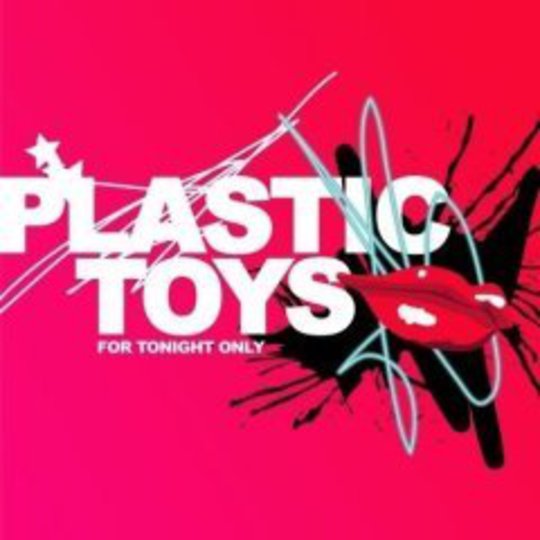 Heading up the outfit is the Trent Reznor-obsessed Jon Plastic, whose first lyric on the album is “Last night I fucked your girlfriend”. Oh so rock and droll. This wavering vanity, which then veers into self-deprecation, is so deeply woven into the album that it makes most of For Tonight Only an impossible listen.

Musically, the album is big, dumb fun with songs like ‘Devil’, ‘Let Me Feel The Love’ and ‘Still Alive’ grittily leaping out around the outset. The fantastic synth-house feel of ‘Dirty’ is almost strong enough to survive the line “I get a kick out of this, I'm making love with my fist”. Almost.

According to Jon Plastic, For Tonight Only is meant to run like a live show. Having never seen Plastic Toys live, I can only imagine gigs attended by androgynous boys and girls, dressed in black with licks of colour threaded through their hair, all of whom want to (and do nothing more than) shake said locks and manically jolt their behinds before Mr Plastic Fantastic, perhaps even prostrating themselves before him as he claims “I want to live my life like a fucking messiah”.

If this is you, then you most certainly deserve to own this intellectually vacant album; if, like me, it’s not, avoid it like it's moving traffic.