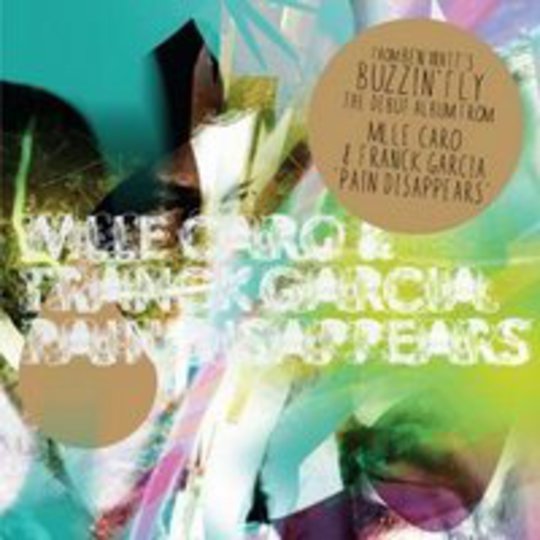 As unfair as it is to immediately caricature any French artist as being some kind of sexually charged, Gauloise-sucking imitator of Serge Gainsbourg (a stereotype the utterly worthless Teenagers seem intent on perpetuating), it’s impossible to discuss Mlle Caro & Franck Garcia’s debut without slipping slightly into cliché.

From the first breathy beat of Pain Disappears it’s instantly clear that rather than seeking to reinvent French electro pop they’re plunging head-first into the genre with its attendant rules and conventions all present and correct. They do have one trick up their sleeve, however; by letting the twin vocals of Caro and Garcia continually sit over the intentionally sparse drum machines and thin guitars they do lend a slight, airy quality to the album. Unfortunately, when only one track (out of ten plus one remix) is less than four and a half minutes long it’d be an understatement to say it’s hardly the most interesting or attention-grabbing of albums.

And, even more confusingly, Pain Disappears makes things yet harder for itself by being frustratingly disjointed and inconsistent. The first half turns its utter lack of variation into something of a boon, as the frankly horny likes of ‘Always You’ and ‘I Don’t Want’ slip from the speakers like the hand of a drunken lover running up your thigh after a night of indiscretions. Whether or not you find them pleasurable entirely depends on how you approach them: if you want something simple and slightly bland for background music then they’re acceptable but, subject them to closer listening and they fall apart as derivative and overly lazy. And, indefensibly, the amount of repetition on display is startling: using practically identically shiny guitars and thick basslines for each song only serves to heighten the idea that the album could have been slimmed down significantly.

The most potent weapon in their arsenal – the shimmering candlelit production – ends up as nothing more than an annoyance after a while. Rather than short, sweet songs Caro and Garcia draw out their choruses and bridges to almost unbearable levels. Is there any reason for ‘Mon Ange’ and ‘Lost’ to each last almost five and a half minutes each when the sum total of their musical content comes in the first minute or so? The answer, resoundingly, is no. It’s undeniable that they have a certain character and charm, but it’s so hard to maintain interest after about 20 minutes.

It’s the sort of album that, if Hollyoaks needed to introduce a French character with some suitably bland music, would be top of the pile. And that’s no recommendation, believe me.