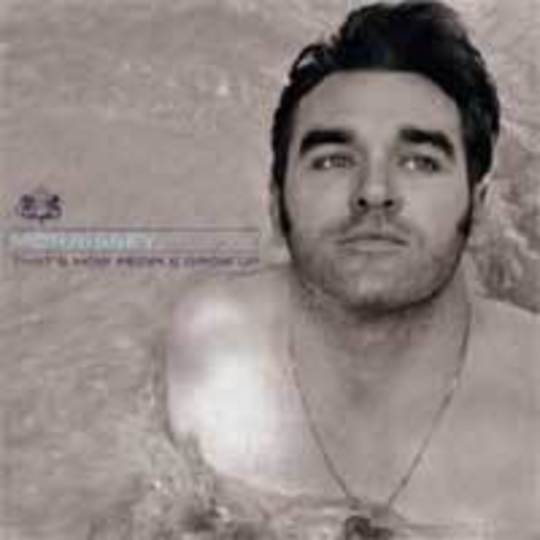 A big old starchy corn-muffin of a track, Morrissey’s return (although he seems to be ever present these days) is marked by the weary shrug of the shoulders by anyone who cares about musical innovation, or even the notion of an artist attempting to stop his creative ship listing heavily to the right. It’s all clangs and grunts musically, and unmemorable lyrics. Much like the entirety of his output of the last few years.

Clearly designed to sound grandiose in the rafters of the MEN rather than another key jewel to the Stephen Patrick canon, it’s entirely passable if you don’t care about Morrissey, or perhaps if you still care a little too much. It does little by way of advertising the merits of his forthcoming greatest hits, even though that will be a bountiful disc of delights up to a point.

Perhaps by way of making up for the inevitable blah-outta-10 mark DiS will be encumbering ‘That’s How People Grow Up_’ with, we can visually persuade you to support the Moz Growing Old Ungracefully Fund by showing you this:

Ready For The Floor