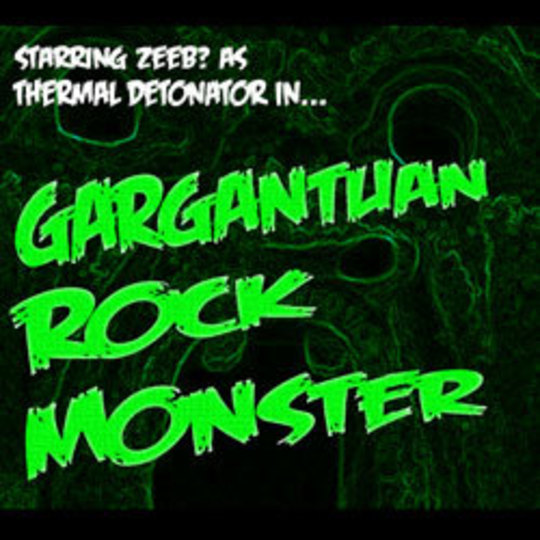 Okay, I’m gonna start this review off by saying that this is literally the last thing I would ever, ever, ever buy or even listen to in the entire world. But – it really would not be fair for me to give it any kind of negative criticism purely based on my own personal tastes. So here goes:

Zeeb? are, without being nasty, a band with a question mark in their name, and we all know that can only mean one thing… Yup, this is a bunch of guys in a garage somewhere in Ipswich playing dirty, punk-fuelled alternative rock who probably don’t get out much. And this is made completely clear through their music, with songs called ‘Chainsaw Lurve’, ‘Drinkin’ Gasoline’, and the tentatively-titled ‘Lube it up Ho!’. How old are these guys? These names, combined with some incredibly ostentatious and somewhat misogynistic lyrics such as “She’s got a hairy ass, she’s got a sweaty gash” (from ‘Da Hairy Bomb’, track two) or “Impostor me with your colostomy, I’ll empty my catheter to get back atcha’”(amazingly bizarre and nonsensical rap-driven album closer ‘Mutha Superior’) leaves me hell bent on a quest to find out more about these unquestionably sweaty individuals.

But alas, my journey through Zeeb?’s website and other areas of the net in an attempt to find any information on them personally leads me nowhere. In place of any hard data on the band I am however given preview to a very cute story about Zeeb? (officially the last time I am including a question mark in their name, I kept up this charade long enough and it’s plain silly) and how they are from another planet, yadda yadda yadda…

Poor Zeeb. Unfortunately, they appear to be stuck playing a type of music that has long since died… But they seem so sweet! The ‘gigs’ section of their website show a series of shows, a large majority of which have been held at a venue called the Ipswich Steamboat, and are part of an event called ‘Zeebfest’. Bless ‘em.

The only way I can describe this album is by saying it sounds like a less good Green Day or Millencollin about ten years ago. But, sticking true to how I begun this review, this is not bad! Embarrassing maybe… but not terrible! It’s just incredibly outdated and not my style at all. All the musicianship on this LP is fine, and tracks like ‘Hollywood Dogs’ and ‘Angel Grinder’ even have moments of Misfits-esque brutality. Ok, that’s a lie, but… errr… yeah. Stuff ‘n’ shit.

I’m sure between writing songs about perspiring erogenous zones and rapping about frankly unlikely hospital practices Zeeb are the nicest guys in Ipswich. For all we know, one of them could own a pub! With real ale! And pies! And for that reason, I simply can’t give this a bad review. I know elitists will say that’s unethical, but the point is, as much as I don’t personally like Zeeb’s own special brand of testicle-rock, their friendly attitude and obvious determination is transmitted clearly enough through their music. And plus, I’m positive there are loads of 11 year old boys who would think this is the greatest thing on earth.