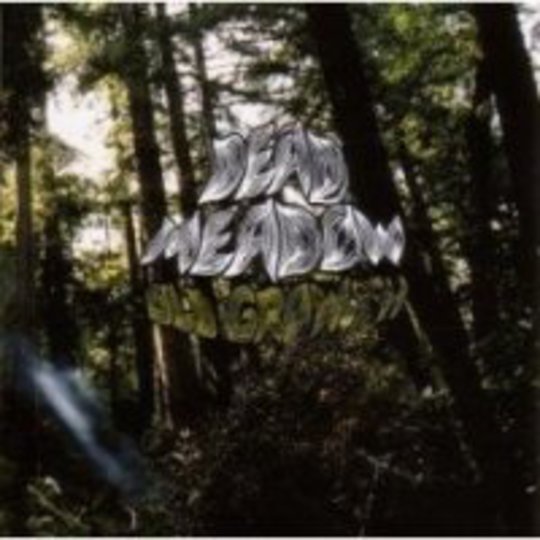 Those of you of sound mind and judgement will probably baulk at the twin towers of retro silliness evoked by the terms psychedelia and stoner-rock. One’s too quaint and sketchy to be taken seriously in 2008 (Anton Newcombe, we’re looking at you) and the other is a diluted parody of its once gargantuan self. So it’s with some trepidation these terms are applied to the trend-bucking progression of Old Growth, the fifth record from Washington’s Dead Meadow. The key however, is there in that title.

Much like Comets On Fire did on 2006’s outstanding Avatar record, Dead Meadow have honed their retrospective impulses into a refined, not-a-drop-spilt distillation of all that’s come before and made a forward-thinking set of songs that could stake a strong claim as their finest yet.

A word of warning first: there are no pummelling riffs on Old Growth – the calling card of any self-respecting stoner set – but there are grooves aplenty and it is ultra heavy when it feels like it. Trading the bludgeon and feedback approach in favour of entrancing, elastic riffs that give you that swooping, negative gravity pull in your stomach, Dead Meadow are still very much a bunch of stoner nerds. Stick on a decent pair of headphones, check the lazy guitar scrapes of the central motif on ‘Ain’t Got Nothing (To Go Wrong)’ _and just try not to feel even a little woozy, if you need further convincing. Accumulative subtleties, as on the intense and pulsating acoustic reminiscence of _‘Seven Seers’, show that stoner-rock need not always mean a lug-headed approximation of dusty Sabbath riffs.

As usual, Jason Simon’s vocal is little more than a drowsy, bit part muffle, traipsing in and out of the spotlight when the guitars and drums aren’t swirling around each other. The considered warmth and clarity of bassist Steven Kille’s production gives things a feeling of suggestive escapism where they might once have relied upon a muddy melange and the fantastical worlds of H.P. Lovecraft or Tolkien. Even with that escapism, there is a definite feel of three guys in a room here, but no one is fighting for space and they’ve given due compliment to each other. As a result, a song like ‘What Needs Must Be’ comfortably sways from laidback sing-along to fire-breathing wig-out and back again. In fact, if there was one recurring theme on ‘Old Growth’ it’s that no matter what the style or mood required of any given track, there is a dominant sense of three musicians absolutely at ease with each other, showboating only when the song allows.

And there are songs here, possibly even singles. Tracks like ‘I’m Gone’ or the almost Beatles-like jangle of ‘Keep On Walking’ are taut and reined where they might once have meandered and bloated to patience-trying lengths. That is perhaps the greatest triumph of Old Growth. Stylistically there is a different kind of freedom (there is even a nod to garage rock on_ ‘The Queen Of All Returns’_) that seems less about affectation or indulgence and more about adhering to the spirit of each individual song, making for harder-fought but longer lasting rewards.

Ten years down the road and five studio albums in, the DC trio have exhumed the mule and found a way to freshly flog it. Here’s to another decade of progression.

Catch Dead Meadow live in London at a special DiS/The Local co-promoted show at the Scala on March 2, featuring support from Youthmovies and The Owl Service, and DiS DJs - click here for information and tickets