It's Christmas So We'll Stop 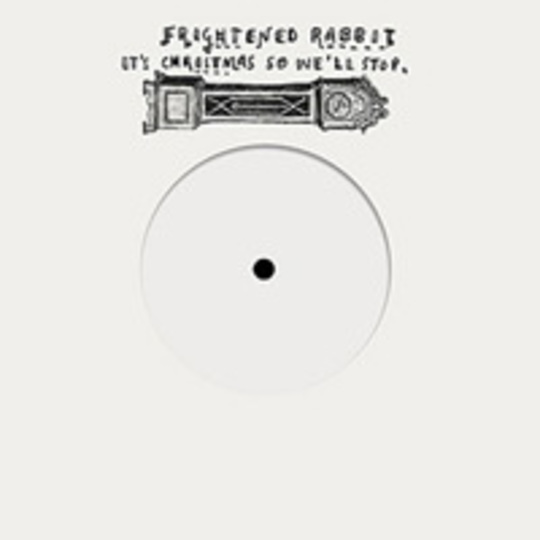 It's easy to write Christmas songs if you're in an indie band, isn't it? If you can quietly and with plaintive charm spin out the joys of leftover turkey, bubble & squeak, an inevitable fight, racing through snow and maybe a reference to a recognised office party song then you'll be alright. In the past, Low have set the benchmark in the alternative Christmas community with their Christmas EP, and that XFM compilation where The Flaming Lips did 'White Christmas' filled out the remainder of the discerning indie kid's festive season's listening. Glaswegians Frightened Rabbit, then, after their sweetly barmy debut LP released a short while ago, have at the Christmas market.

Don't worry at all, this isn't difficult. It's a classic. A simple melody, politely played as if My Latest Novel had stumbled in from the cold onto a Gorky's Zygotic Mynci rehearsal, plays throughout and burrows your brains 'til they burn out through your face. The vocal, essentially a Ken Loach play in musical form, is one of restrained disillusionment and the sensual assault that is the excess of Christmas. At nearly six minutes in length, it is nothing short of a Christmas miracle that Frightened Rabbit have managed to keep this so entertaining, and one listen to the lyrics and their impeccable marriage to the singular building melody will confirm that. "Let the rot stop, just for one day", it pleads, like it might make a difference. It won't, of course, but it really should. Malcolm Middleton may be nobly raising everyone's hopes for a kitchen sink Christmas no.1, but Frightened Rabbit's opus will be the real winner for those who hear it.

Listen to this song at the band’s MySpace. Read more reviews of this week's singles here.