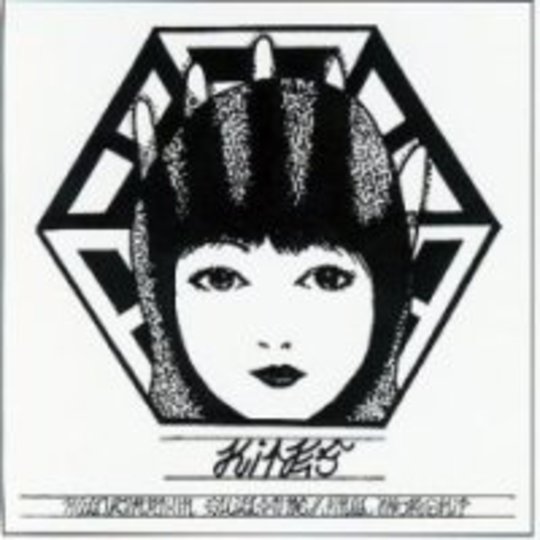 Commonly, it’s not beyond the realm of reviewers to talk about the images that the music they’re listening to can evoke. Reviews of, say, Explosions In The Sky albums are peppered with celestial visions of slow-motion beauty, building to some kind of majestic crescendo while, on the other side of the coin, something like Dillinger Escape Plan calls to mind being beaten up arhythmically, but in a good way. But Hallucination Guillotine/Final Worship… Jesus, the prevailing image that you could have after enduring Kites aka Chris Forgues’ latest long-player is one of boring, meaningless violence.

As soon as the whirring death blades of ‘Hallucination Guillotine’ kick in it becomes swiftly clear that Forgues’ decision to steer clear of any digital effects only makes the album sound bleaker and nastier than any synthetic creation. You could argue that the album forces you to confront the idea that a relentless barrage of noise is as musically valid as the most pop-tastic verse-chorus-verse medley, but you’d be missing the point. This feels like one man’s journey into seeing how many horrendous sounds he can cram onto one disc before slapping a bunch of song-titles on them and presenting it as something more than the sum of its parts.

It’s not the inaccessibility which is most jarring, it’s the fact that, even beyond the consideration that this could be some avant-garde piece of work, there remains little of merit once you’ve got accustomed to the screeching, taut tones of ‘Flicker Boosters’ or ‘Pink Shadows’. There’s no denying its shock factor, but it’s like opening your wardrobe door and seeing Sadako standing there every single night: at first it’s fucking terrifying, but once repetition dulls its impact you start to use her as a spare hat stand rather than respecting her as the unimpeachable harbinger of death that she once represented. The only moment of subtlety is achieved through the sandwiching of ‘Poison Blur’, which sounds like someone stroking a microphone with a paintbrush, between the (yawn) supposed noise terror of ‘Cool People’ and ‘Flicker Boosters’. And that’s not exactly earth-shattering.

Moral of the story? Just say no.