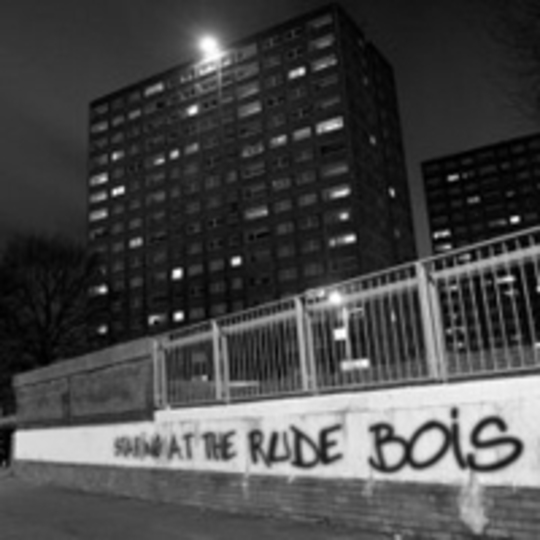 When Ruts guitarist Paul Fox died last month, I wasn’t sure if Gallows and **Lethal Bizzle would still be, as we’d heard a couple of weeks beforehand, releasing their cover of the late man’s _‘Staring at the Rudeboys’. Would they care that some might see it as a bit 'off'? Would it lose some of its novelty bounce? Or would they re-brand it as a tribute?

Not quite the latter, though this is more due to the stale, inbred mindset that grips punk rock in 2007 - the lines between 'rip-off' and 'homage' blur so much that anything in punk's grasp can, and probably will, be made into a tribute by someone anyway. When that excuse is questioned, such is the rot that bands can only claim the dubious ‘p’ word by shouting down all opponents like the ‘classic’ lairy, terrier bloke hovering ominously round the ITBox in the local. In Gallows we have just the man for the job…

Tributes today typically compensate for the decades of depreciation by layering the modern production thick, as is the case here. Glossed and beefed up, this track looks at the past, notices only the redefinition of the word 'rudeboy' that has been obvious for at least five years and completely loses, as punk today always does, its brains, its mind and its soul at the hands of a desire to prove that it has more balls van vat ovver geezer staring at me over der.

So, stripped of its dark eyes and anything minimal and dolled up into a party song with the grime world’s worst MC but best self publicist, 'Staring at the Rudebois' [sic] finds Gallows as London’s satellite town Dropkick Murphys; drunk and caught in a joyous moment of nostalgia for someone else's past. Come here you sweaty bastard, and give me a fucking kiss.