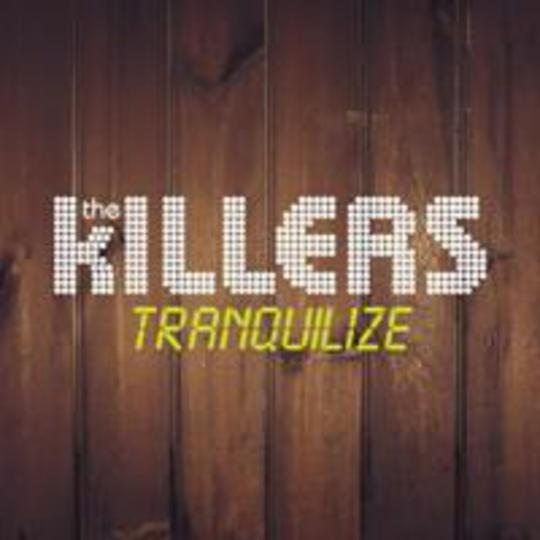 While it’s considered The Killers’ finest single to date by some in the DiS office – their names will be kept under wraps ‘case reputations be tarnished – this Lou Reed-featuring mess of a track from the Las Vegas four-piece, lifted from their forthcoming collection of b-sides and stuff Sawdust, is beguilingly awful. A savage bassline, a children’s choir: every tiny facet of this assembled whole is oddly at wrong angles with everything beside it. Yet, perversely, it’s an engrossing listen.

The why is probably because it is just _so_ weird – absolutely nothing like any Killers standalone offering before it, and wholly in tune with the scattershot stylings Reed has exhibited across his career. It’s neither the work of one or the other, but a true collaboration – as such, without a captain to purposefully guide it, the track wobbles and rocks rather haphazardly; authoritative vocal tones lend it an air of dominance above the standard indie-pop fare but the composition falls away in such a manner that the feeling is of some commissioned soundtrack piece to accompany the dying dreams of a blockbuster’s flawed hero. It lacks the neccessary drama to fuel its fires.

If stretched to nearer the ten-minute mark, one could imagine this being quite the epic; condensed, neutered of its grandiose glands, it suffers from ticking too many boxes in too short a space of time. It limps to a conclusion, broken and shorn of the potential its opening minute declared so powerfully. A diversion from ‘Mr Brightside’ is certainly is, and an interesting one at that, but a failure nonetheless.