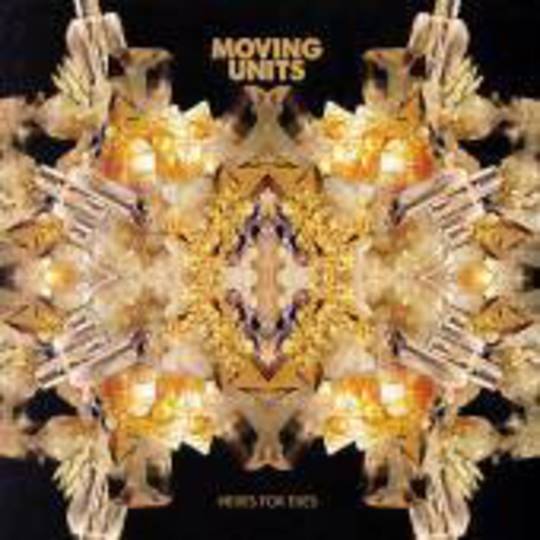 LA four-piece Moving Units have probably spent the last couple of years kicking themselves at missing the one-dimensional ‘80s revival boat steered so successfully by Captain Brandon Flowers and his merry men. Still, things could be worse: they could have been thrown overboard to the sharks alongside The Bravery instead.

Still, as it is, three years on from their debut album Dangerous Dreams and a further two from their self-titled EP that first gained them recognition here in the UK, they've managed to get their heads down, get back in the studio and continue in pretty much the same vein as before, regardless of any passing trends or such like.

Hexes For Exes represents a case of business as usual, ploughing much of its inspiration from an era that taste forgot, while casting an envious eye at the seemingly endless flurry of post-punk revivalists whose elevated status mirrored and ultimately succeeded most of their forbearers.

Certainly the emphasis is more on the guitar side of things than Dangerous Dreams’ fleeting dalliances with the dancefloor and, dare I say it, with mainman Blake Miller sounding more (genuinely) enthusiastic and composed, Hexes For Exes brings out the best in a band many had dismissed as mere fly-by-nights a long time ago.

Staying faithful to your original reasoning for putting a band together can't be easy when those around you are either stealing your thunder to become global megastars or simply self-imploding embarrassingly, but Moving Units pull it off with the poise and grace of a band who've obviously had to grow up in public and learn from their mistakes the hard way.

Lead single 'Wrong Again' gives !!! a run for their money in the angular rhythm new w(r)ave stakes, while both 'Pink Thoughts' and 'The Kids From Orange County' suggest that Moving Units have been listening to a more northern industrial version of the ‘80s than any of their previous works may have recognised.

However unlikely it may be that Hexes For Exes increases Moving Units commercial appeal, at least they can approach album number three safe in the knowledge their integrity is intact and fountain of inspiration far from dry just yet.