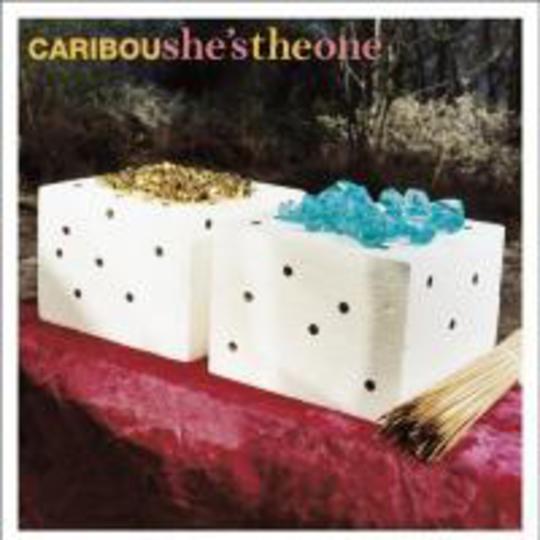 It’s a fair criticism that Caribou’s latest long-player, the summery Andorra (review), lacked a certain something depth-wise; pretty though its nine constituent parts were, as a whole coherency was lost amongst white-washes of cuddly sound. It lacked punch, a spark to set it aside from so many other comedown soundtracks. Singles, though, suffer not the same fate: four minutes of Caribou, captured here as ‘She’s The One’, is really quite delightful.

All starry eyed and melancholic, this standalone pick shuffles nonchalantly on sweeping string samples and high-end vocals; it’s the work of a bedroom electro geek fleshed-out with a symphony orchestra, or at least with a digitised version of one. It’s reminiscent of the more straightforward moments of Panda Bear’s repertoire, a sparkling little gem of a go-nowhere-wonderfully arrangement that brightens the listener’s horizons for its entire duration.

The Hot Chip remix predictably ups the tempo significantly, but the core beauty of ‘She’s The One’ isn’t buried beneath the from-all-corners beats, insistent and incessant. The Kelley Polar take, meanwhile, makes good use of the original’s classical leanings, prioritising strings in the mix to good effect. Overall: a timely reminder of Dan Snaith’s singular, if sporadic, genius.