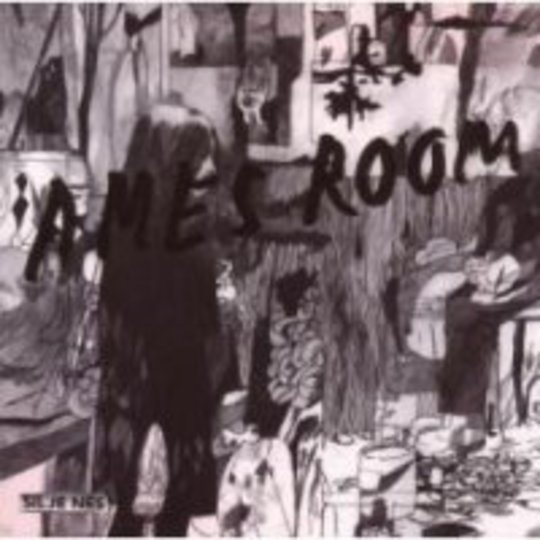 Norwegian multi-instrumentalist Silje Nes is strictly one of a kind. Forget the inevitable comparisons with people like Joanna Newsom or Nina Nastasia; Ames Room really does sound like a record that was orchestrated and constructed in a different time zone on another planet altogether.

Which is perhaps not as far from the truth as it sounds, in all honesty. Originating from the fjords before relocating first to Bergen and more recently Berlin, Nes is one of those unique musicians whose idea of creativity doesn't merely stop with the closing of one piece of music, but instead looks for other avenues: to either expand on what she's achieved so far or go one better with the next. Although a classically trained pianist, Nes’ talents stretch far beyond tinkling a few ivories – from simple acoustic guitar arrangements to more complex electronic adjustments – while her idea of percussive beats range from anything like a drum or xylophone to hitting glass bottles or toy robots beating kick drums.

As a focal part of a growing scene for solo avant-garde electronic artists currently emerging from Scandinavia - Laura Naukkarinen and Merja Kokkonen are just two other names to look out for - Silje Nes is unashamedly paving the way for other bedroom artists to escape their own four walls for a wider audience, as the 14 tracks that make up Ames Room offer many a diverse route encompassing sweetly stripped-down electro ('Magnetic Moments Of Spinning Objects') not unlike "O" or Mouse On Mars, drone-like mantras ('Searching White') or just eerie, whispered folk set to laptop accompanied beats ('Over All', 'Giant Disguise').

Amongst the many highlights on this record though, the Mazzy Star flavoured 'Dizzy Street' and diskant minimal krautrock of 'Long Shadows Left Around' shine like beacons among an already radiant collage.

What makes this album even more remarkable is the fact that not only was its entire contents recorded at chez Nes over a three-year period between 2004 and 2007, but also that that every single note, bar and octave was written and recorded entirely by its composer too (bar the opening 'Over All', a collaboration with Kristian Stockhaus of Ungdomskulen fame).

Ames Room is a timely addition to a market place saturated with one-trick sound-alikes, and one can only hope that the voyage of discovery that unearthed Silje Nes also brings some much needed attention to her fellow contemporaries in what is a rarely talked about field. Exhilarating.