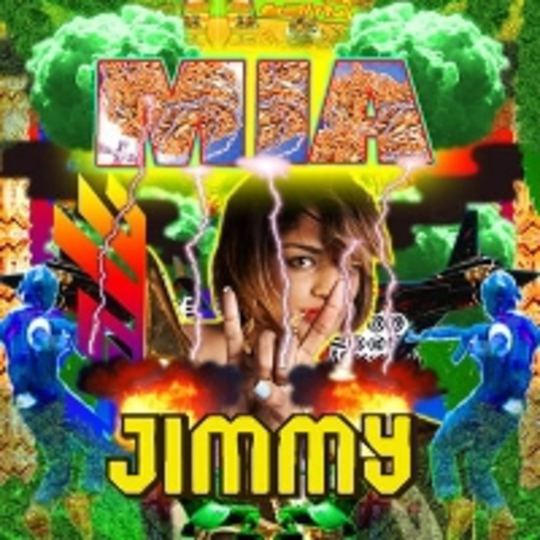 And so AR Rahman’s influence further delves into the common conscience. But where the Bollywood producer’s spiralling symphonies have so often been subjected to hack-job interpretations - from gland-in-hand pop muppets through to Gang Gang Dance’s voyeuristic over-complication (Rawwar) - as ‘Jimmy’ shifts from Maya Arulpragasam’s sultry soft-tongued introduction to its splintering hook it seems M.I.A. knows how to pay her dues.

One of the most defining aspects that Kala marks over its predecessor, Arular, is its increasingly flippant childlike raucousness, where Jonathan Richman samples sit contentedly next to Afrikan Boy bragging his flagging of immigration laws. ‘Jimmy’ finds M.I.A. playing Bollywood princess for the day, regurgitating Jimmy Aja’s cacophonous original of ‘82 and filling out its hollow staccato with typically nonsensical political subversiveness.

Though far from the PLO-pulling punches of renown, urging a genocidal jaunt in your opening verse alludes to why chart success continues to elude M.I.A. “When you go Rwanda, Congo / Take me on your genocide tour / Take me on a truck to Darfur?/ Take me where you would go.” The audacity of it all, so lacking in a chart rife with mouthwash-swilling dishwater, is refreshing and, for all the boundaries merged, ‘Jimmy’ is a pop juggernaut.

VIDI:
Log-in to rate this record out of 10
Share on
Love DiS? Become a Patron of the site here »