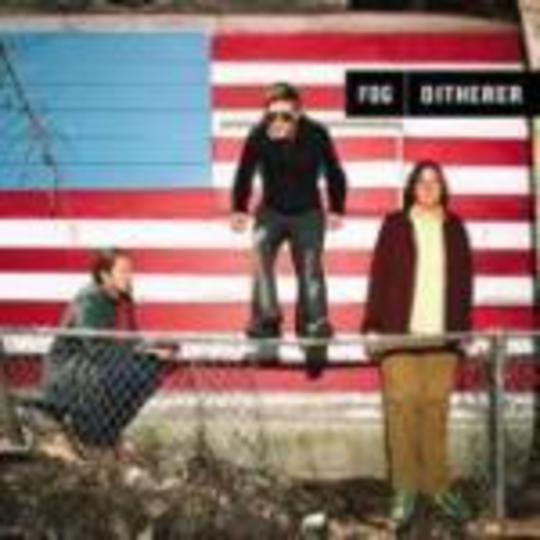 It happens like this quite often. It’s the quiet ones you have to watch, although the creator of such cliché possibly wasn’t dreaming of barely-classifiable records by semi-obscure Minneapolis-based soloists-turned-bands.

Five years ago few would have predicted the culmination of Fog’s musical journey from the evidence of Andrew Broder’s self-titled set, DJ Shadow-takes-oil-pastels-to-trippy-folk-hop aesthetics perfectly suited to the politely skewed modus operandi of label of origin, Ninja Tune. Back then, cLOUDDEAD’s roadmap of an eponymous album was still floating fresh as its cloudy cover art. But much like Why?, one third of cLOUDDEAD, Fog has evolved. Both have taken their solitary pursuits and recruited additional members to create dual Marilyn Manson-esque monikers; both have moved from abstract-reliant leanings toward strumming sounds closer to the Beach Boys as recklessly re-jigged by Anticon.

Hotchpotch history lesson over, Ditherer also displays sneak-up-on-you tendencies, initially bewildering, tough to get a handle on, eventually beguiling and beautiful in a manner magnified by casual boundary obliteration. The guests, an intelligently integral factor, aren’t wildly ambitious in range, yet something about combining Alan and Mimi from Low, Mount Eerie/The Microphones main man Phil Elverum and, fittingly, members of Why?, ends up like a modestly crazy house party among the best of friends.

Radiohead are, admittedly, one touch-point. Although if the smart-asses who've paid zilch for In Rainbows get an album as heartfelt as ‘What Gives?’ – which features Elverum yet suggests Thom Yorke has ducked in for elevenses – then it’ll be £0.00 extraordinarily well spent.

‘You Did What You Thought’ raises the bar further, squishing Tindersticks-a-like moribund baritone into a strangely chopped-around demi-ballad. ‘Your Beef Is Mine’, meanwhile, is a paean to forgotten mumbles and, it seems, badly timed fumbles, resplendent with the particularly evocative pay-off imagery of “If you ever have missed your flight to Leningrad / Running down some airport stairs / Semen running down your leg”. We haven’t exactly – well, the plane was actually to Bristol – but the sentiment is appreciated.

And suddenly, weeks after you first listened, Ditherer mimics its title track’s opening lyrics and all falls into place, if only in your own muddled head.