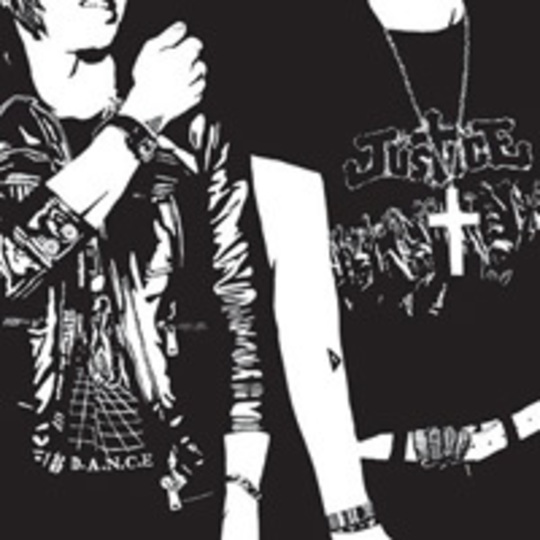 It’s been simmering all summer long, ‘D.A.N.C.E.’ by* Justice*, a restlessly grooving, pop-dance pandemic in the making. A rash of supreme remixes here pushes proceedings to fever pitch. The ‘Jackson & His Computer Band remix’ is monstrous and exhilarating, enticing the original into its lure and pulverising it, the fragments reassembled into a cutting jigsaw, stalactite edges glinting cool and precise, the children’s choir chorus subsumed within its ominously gurgling rhythms.

The ‘MSTRKRFT remix’ serves up altogether funkier fare. Stomping like a petulant child, the incessant rhythm cannot be ignored. The snyth is disco sassy and libidinous, sidling up to you and shaking its rather delectable thang. Here the vocal glides atop the kaleidoscopic chaos of the music, grasping for the listener’s attention. The unremitting, jet-propelled dynamic of this track ensures it is a white knuckle thrill ride from first to final moment.

The pace slows notably for the following cut. The ‘Alan Braxe and Falke remix’ slams the brakes on Justice’s stratosphere-scraping creation, the beats more measured, flexing sure and steady, the electronic glister and mastery of space reminiscent of fellow Frenchmen Air. The echoing treatment of the vocal adds to the ethereal, ghost in the machine vibe. It is an intriguing take, but seems somewhat placid when compared to the neck throttling intensity of the other versions gathered here.

Rounding out this delightful package is a ‘Justice Live Version’. A timely reminder perhaps that, regardless of how artfully others may re-imagine their material, there is no substitute for the duo’s own giddily enrapturing offerings.