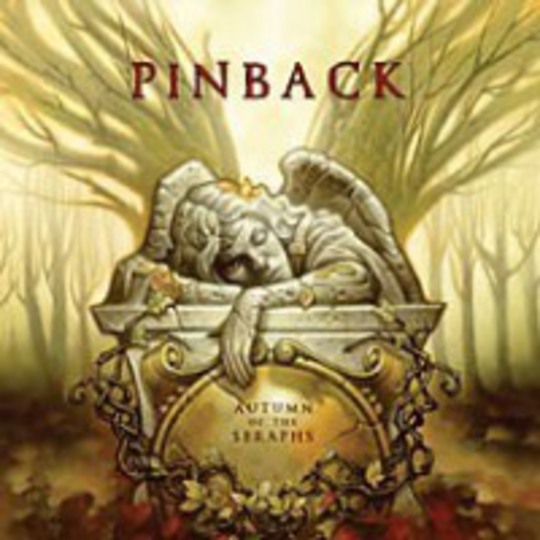 Album four from San Diego indie-pop collective Pinback brims with more box-ticking excellence than its immediate predecessor, Summer In Abaddon. Whereas the band’s 2004 long-player was a studied exercise in melancholic understatement, melded to some mightily addictive pop hooks, this ten-tracker is an immediately gratifying affair that pulls not a single punch in the catchiness stakes.

Opener and lead single ‘From Nothing To Nowhere’ is a statement of intent: confident, it bolts from the blocks to deliver a vocal within five seconds. There’s little in the way of slow-release here; few songs that take many a repeat listen to worm their way beneath the skin. Pinback have mastered their craft and, in a manner akin to The Shins, are now able to deliver with faultless magnificence within their field. Sure, their take on pop-rock is a few awkward timings short of compositional rocket science, but by working within the familiar – the acceptable aural face of contemporary indie – Pinback have developed to a zenith position. Autumn Of The Seraphs is, almost without doubt, their strongest collection to date.

Doubt, of course, can bubble surface-wards given enough times around: is Pinback’s tried and tested technique of matching sublime melodies to lip-hooking lyrics a little, dare we say it, clichéd? Is this rather too by the book to matter in a market where success is measured in television advertising campaigns and Jo Whiley endorsements, even if it is superbly by the book, in a fashion so few of the mainstream-courting crowd can ever hope to emulate? Of course not: while the new tricks here are at a premium, perfection should not be directly connected to an overt creativity. Within the confines they’ve themselves erected, Pinback are champions of their sound.

‘How We Breathe’ rides merrily on a bassline to kill for; the piano embellishment on ‘Devil You Know’ guarantees a sure-fire toe-tapper; and ‘Off By 50’ delivers unexpected drama to close an LP bursting with an uncommon coherency and maturity. These three: random picks from an album where highlights are consistent. Throughout, Rob Crow’s vocals cement the piece in time, providing the thread that connects album one – 1999’s self-titled effort on Ace Fu – to this new release. Along the way, evolution is evident but not in any distractingly pronounced way; Pinback have grown as songwriters but never lost sight of what made them so great to begin with, and they’ve never let their excellent pop sensibilities run for the hills.

And so, although it’s unlikely to be as celebrated as Wincing The Night Away, for example, come the end of the year, this acclaimed but relatively low-profile act from America’s west coast have successfully birthed the year’s brightest indie-pop album. Crap artwork, mind.