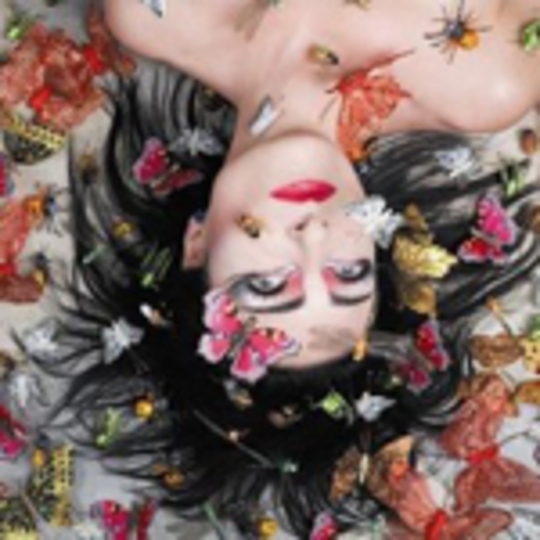 What a difference one week can make. Seven days ago I'd all but given up on this record, pretty much due to the fact that something about it seemed so wrong in the context of its creator's supreme back catalogue of work. Siouxsie Sioux, you see, isn't just one of those people worthy of the tag ‘icon’; she pretty much_ invented the archetypical aggressive and outspoken kind of frontwoman we know and admire today. From her Bill Grundy-baiting days as one of the Sex Pistols’ inner circle to her vivacious jet black from head to toe image crooning old Beatles classics on _Top Of The Pops, the woman formerly known as Susan Dallion certainly casts an auspicious image.

And so, 29 years since cutting her first record, Mantaray is actually the first time Ms Sioux has released anything without collaborating with one of her many Banshees, be they past or present. More to the point, it also marks her first recording since the acrimonious split from her husband and long-time songwriting (and drumming) partner, Budgie.

Bearing that in mind, maybe my expectations of another 'Drop Dead' and lines such as "You're so pathetic, an insipid dried up little slug" were always going to be a bit wide of the mark; after all, Siouxsie turned 50 in May of this year and even the bitter taste of divorce can be diminished by an overwhelming sense of maturity.

No, what is really unexpected about Mantaray is its unashamed sense of conforming to the pop sensibilities Siouxsie Sioux once viciously kicked out against and, having spent several days playing this back to back with her old muckers' near-perfect Once Upon A Time: The Singles collection, I have finally arrived at the conclusion that this record somehow actually works. Quite well in fact, so much so that by the time 'Here Comes The Day' reaches its glittering, Broadway-themed conclusion, one almost forgets whose name is on the front cover.

Which is perhaps the most advisable way to approach Mantaray, otherwise it is easy to get sidetracked by the past and miss the point of one of the most ambitious debut solo records of recent times. If this had someone like Kylie or Rhianna's name etched on the inlay, everyone would be frothing like rabid dogs. Every song here has the potential to be a radio-friendly hit single, and the likes of 'Into A Swan' and 'If It Doesn't Kill You' wouldn't sound out of place in any club you care to mention.

Mantaray could be summed up as a document of rediscovery, or in Siouxsie Sioux's case, maybe one self-realisation of a persona she didn't know existed until now. Inspired then, in more ways than one.