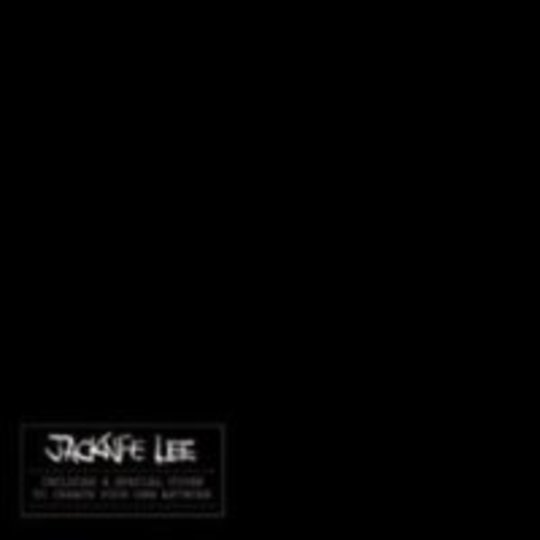 Now a decorated Grammy award winner, it’s unsurprising to find Jacknife Lee’s fifth long-playing excursion littered with self-aggrandising references and bolshy gold-plated bravado. But back in the days of Big Beat, where madcap joviality and groove heavy ‘choons’ went hand in hand, you suspect lil’ ol' Garret Lee (as he’s otherwise known) would have turned up a snow-coated nostril at such narcissistic delusions of grandeur.

So what’s transformed this one-time beat-friendly people’s champ into puffed-up egoist? Well, a list of production credits that contains snivelling mirror-hugging behemoths Kasabian, U2 and Snow Patrol may have had a modicum of champagne-sipping, Cuban-chuffing influence. But it’s much more likely the scourge of all career-minded musos reared its hideous head and fluttered those green-tinted eyelids in Lee’s direction. No, not paper-thin indie-fucker Kate Moss – the lure of the filthy, filthy lucre.

And straight from the off it’s apparent Lee’s latest release is all about the money-shot but, then again, in this age of credit-riddled superficiality, what isn’t? Yet where roguish Oxford jingle-merchants Supergrass cheekily proclaimed they were in it for the mullah before robbing you blind with barefaced hook-smithery, Lee’s intention are much more insidious. Warming up the lugholes with ‘Fear Nothing’’s lewd scuzzed-up guitars and – the aptly titled – ‘Making Me Money’’s basal electrolysis, the ex-Compulsion guitarist proves he’s lost none of his heel-screeching urgency with a barraging brace of siren-spun funk.

But with minds and limbs ripping up the dancefloor to a bombastic smattering of bass and beats, Lee slowly begins to slip lazy, incongruent lilts in to those unattended alcopops. The floating translucency of ‘I Love The Useless’ is the first indication of this non-consensual change in direction; bizarrely coming across all Killers-esque as its slouching, unguided rhythm sloops into attention-defying oblivion. And from here on in the record grabs at comatosed ears, pushing the limp acidic grooves of ‘Run Me Over’ deep inside without hesitating for an inkling of permission.

Once awoken from this aural violation by ‘What’’s skewered temple-throbbing freak-outs and the grimey palpitations of ‘Monkey In The Meat’, the record skips back to its initial hip-shuffling buzzards. Not that this is entirely uninspiring - album closer The Academy is a handclapping drizzle of jittering delight - but by creating this asymmetrical, sonic palindrome Lee loses the listener in a crevasse of uninspired deadwood long before the climatic termination.

He might have money on his mind, but Jacknife Lee’s gonna have to start thinking in pennies before he gets to the pounds.