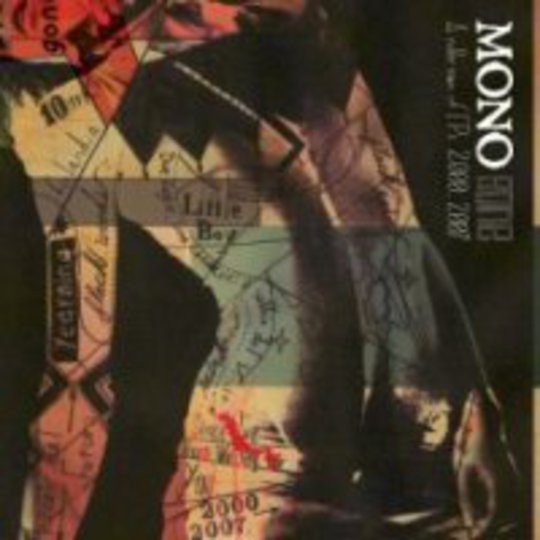 In the mountains that make up post-rock, Mono lie somewhere at their tallest peak. Yet, they often engender a confusing product; their music can be difficult to digest, distorted and delirious. But once it seeps inside the mind of the listener, much of the themes circling the melodies lack a decisive sway. Instead, it is the quartet’s ferocity that dominates; the rises in tempo that wash away in scalding pots of sound.

Mono’s songs bark like a rabid dog, and in doing so, force deep, pensive obtrusions inside. In addition, rarely is anything ever new with Mono: they have cemented their sound, refined it and produced it better over the years, but the nucleus has not really changed. The same goes with_ Gone_, a new compilation of old tunes made up of forgotten, glossed-over or cast-aside tracks over the last decade or so.

Allowing these b-sides, EP tracks and other rarities time to shine, Gone does reveal more to Mono. Still, there is nothing new or unexpected here; but that was never what this collection was meant to represent. Instead it exhibits the introspective growth of one of the best mood-magnifying post-rock bands in the business, one conscious drop of melody at a time.

String quarters blend with deep, bloody stabs at the guitar, creating moments admittedly similar to the other bands in the genre and, succinctly, there is nothing here painstakingly different from Godspeed, Explosions in the Sky or other stalwarts. But Mono have never been genuine or noticeably original on a global scale; instead, it is their home that differentiates them from the rest, because they remain a trailblazer in Japan and their strongest post-rock export. Therefore, like their contemporaries, this is a pop-your-mind-in-the-clouds-and-drift off-to-anywhere affair. Listening with the blinds drawn and the lights off, Gone expels as many emotions as melodies, creating a thick, buoyant stream of songs that awake, get up, take off and come down beautifully.

Yet, not all is perfect here and predictably so, because Mono have struggled at times with developing continuity within their canon. ‘Black Woods’ _is a distorted, pervasive waste of time, but it is more of an anomaly here. ‘Finlandia’, on the other hand, the extensive ‘Black Rain Rainbow’ and follower ‘Raindow’ _are all gorgeous. They all begin with brooding guitar lines that patiently and eventually weave into symphonies of sound led by cellos, piercing drums and vociferous chord progressions that split the skin and leave a mark.

Despite it’s expected failings – and such a compilation is certain to feature some – this is good Mono, very good Mono; it’ll be warmly received as either a beginner’s guide or addition to an experienced collection. It is all much of the same, but in this instance, consistency has always worked like a charm.