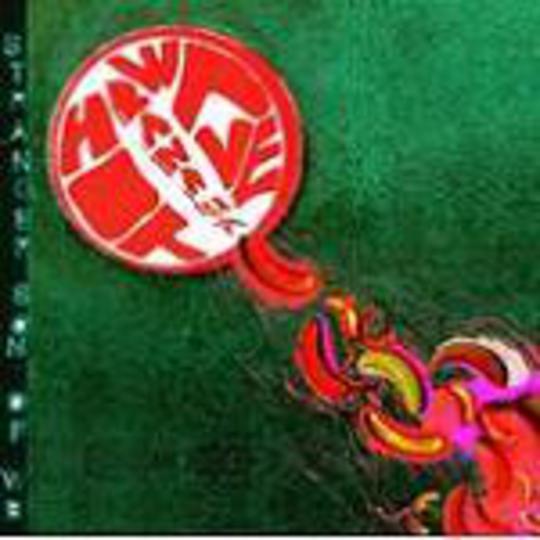 I appear to be listening to a heavily Fall-influenced group of unlikely lads from Manchester singing a song about a surfing ice cream sundae.

And that’s not something one gets to say every day; in fact I’m tempted to repeat that sentence just for the novelty value... But no! Professionalism must prevail! On with the review!

So. Stranger Son of WB** are what I believe the kids would term a post-punk band, featuring highly strung, loosely controlled guitars with a scratchy sound and a tendency to stop and start and randomly mutate into buzzing noises while the vocals yell “Hot banana wave!” over the top. And then some surfy keyboards kick in – just to underline the basic theme of the song, like – before everything cuts out to make way for b-side ‘Bidding For Kidneys’. BFK lacks the hint of surf atmosphere which lends catchiness to ‘Hot Banana Wave’; instead, it sticks to a strictly punk-deconstructionist formula of tinny guitars punctuated by half-tuneful hollering and aggressive wailings of brass which make the whole thing feel as though the song-structure were an afterthought imposed on a previously free-form duelling of different sounds.

There seems to be quite a lot of this flailing, disorganised, arrhythmic post-punk around at the moment, doesn’t there? I’m quite enjoying it, myself – and this scatty, accidentally-structured-feeling pair of songs is a very pleasing sample of the genre.