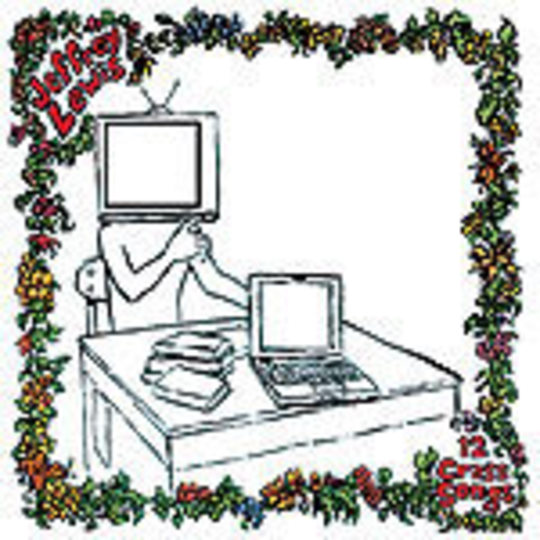 In September’s Observer Music Monthly (whose name always brings to my mind Everett True’s barbed jibe that it’s a magazine for people who listen to music monthly) Irvine Welsh is tackled in the ‘Record Doctor’ section. Responding to Jeffrey Lewis’ 12 Crass Songs, a covers record of, d’uh, seminal UK punk-rockers Crass, Welsh passes it off, unimpressed: “It's strange that Crass’ message has been adopted by US kids with masters degrees,” he sagely admonishes. “Still”, he continues, “it's always nice to hear middle-class American girls say ‘fuck’”. Indeed.

Papering over the idea that everyone with a masters degree is somehow a bourgeois apologist (Lewis’ father was a fireman, his mother lived on benefits, and any reader of his comics will know he spent a large chunk of his early 20s sleeping on park benches and in squats across Europe), not to mention the vaguely classist assumption that anyone ‘middle-class’ is somehow excluded from radical politics by means of their birth status, Welsh’s comment at least raises the problem of ‘statement’ records. Because as soon as a musician dabbles in politics they leave themselves open to innumerable broadsides, particularly when delving back into a genre as fraught as late ‘70s anarchist punk. In this case, how relevant can Crass’ message be some 30 years later? And how successfully can Lewis translate the rawness of their sound through his own fragile anti-folk sensibilities?

There are similarities to be drawn between anti-folk and punk, superficially at least. Both shared, at their inception, a DIY aesthetic, eschewing mainstream alternatives to sing about personal restlessness and politics (check out Barry Bliss for proof anti-folk can be as stridently leftist as heyday punk). On 12 Crass Songs Lewis tries to maintain the relevance of Crass’ lyrics by way of slight modernisation – (“They look for peace in Iraq… torture in their prisons”), and, on the whole, the words are still relevant (“When power is threatened, life is cheap”), particularly on the tracks least rooted specifically in anarchist politics. ‘Banned From The Roxy’ best fits Lewis’ style; bouncy, energetic and effervescent like the cream of his own punk numbers (‘Time Machine’ or ‘Journey To The Centre of The Earth’). It’s also the song where the rhythm of the original lyrics best fits Lewis’ resetting; elsewhere the words, clearly written to be shouted or screamed in anarchic fury, sit awkwardly with the occasionally contemplative tone of the music (‘Demoncrats’ for example).

12 Crass Songs succeeds best in creating cognant folk songs out of incoherent original tracks, yet it’s the lyrics that let the record down, especially when hearing them sung by a songwriter as innovative and incisive as Lewis. You’ll wince at the patronising tone of some of the lines (“I hate the living dead… they go to their production lines… all they live for is that big blue sign that says Ford”), bafflingly condemning the working class they at the same time claim to want to liberate. Or elsewhere just shrug at the arbitrary nature of some of the targets (‘Securicor’ man, anyone?). Still, it’s a noble attempt on Lewis’ behalf to channel and express some of his own political inclinations in a way that avoids the (beautifully) egotistical nature of his more autobiographical material. Nevertheless you can’t help but feel anarcho-pacifism should be best left to rest where it best had a place – in the Thatcher years. But the fact that Lewis has tried to rework these tracks doesn’t lessen the admirable rage and passion of the original songs, crass as they may have been. Or even that his having a degree means that he doesn’t have a right to sing them in his own, _un_crass way. Just that it doesn’t quite work.