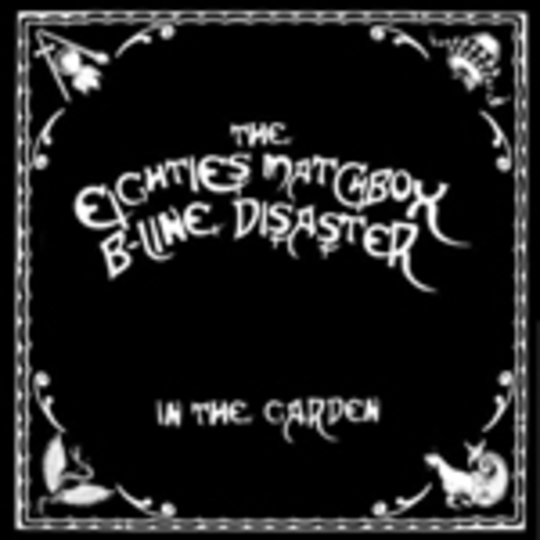 Five years on from their cult-making debut, Eighties Matchbox B-Line Disaster's shtick should be creakier than the hinges on Dracula’s coffin in a Hammer horror flick, but they've always been able to back up their essential hokiness with muscular aplomb, and this four-tack EP – their first release since the departure of guitarist Andy Huxley for the unlistenable Vile Imbeciles – isn't about to buck that trend.

Lyrically, lead-off track 'In The Garden' is a hilariously insight-free synopsis of the story of Adam and Eve, regaled in the fashion of a lobotomised Nick Cave: "And then a serpent turned and said to me / Why don’t you pick an apple from the tree / I said to it I don’t know if I should / but what the hell he said it tastes so good". But it works on its own slobbering terms as a souped-up cousin of their 'runaway smash' 'I Could Be An Angle', lifted from last LP The Royal Society. That they’re able to repeat the trick three times is testament to their continued (un-)vitality, the band's fevered skronk propping up Guy McKnight's suavely mocking croons and freakish jabber, cramming in the syllables like he's stuffing body parts into the boot of his car. 'You Say You’re A Doctor But Your Really A Mister' in particular opens with a shriek that'll curdle your cranial juices and leave you swaying in the breeze, while generally rampaging along like the consumptive offspring of Bauhaus and Faith No More.

It's unlikely to win them any new converts, save perhaps the odd disillusioned Horrors fan craving a bit of substance beneath the hairspray schlock, but for long-standing aficionados of the band it'll come as a relief that the B-Liners have lost none of their customary bite.