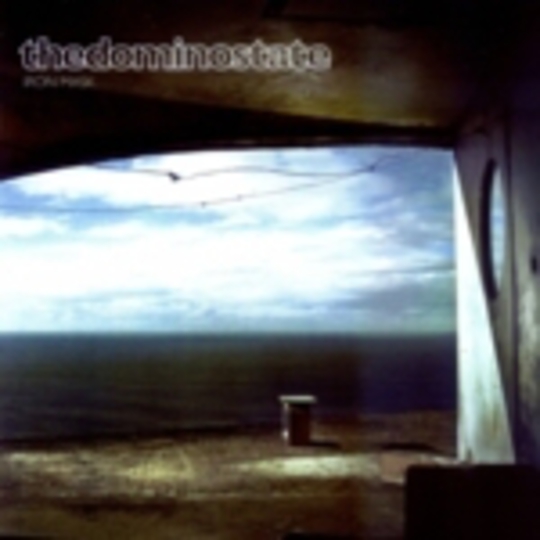 From the ashes of shoegazers At The Lake, The Domino State rise like the phoenix from the flames, if the phoenix really liked Editors.

All the hallmarks of the Brummie till-ringers are to be found here – the low-key vocals are loud but not excited 'til they hit the chorus and soar for a while, there’s an atmospheric reverb effect kicking about on one of the guitars whilst the other plays a simple ultra-clean accompaniment and the quiet verse builds to a bridge that shifts everything up a few tones until the big chorus hits, before the pattern repeats itself exactly once more and the song reaches its conclusion. The most frustrating thing is that even though ‘Iron Mask’ improves with repeated listens once the chorus sinks in, the average tempo and four-four drum pattern leaves it in an irritating no man’s land and needing to be kicked up a notch.

This is no shoddy attempt at downbeat indie-rock - the production is solid and the songwriting competent - but there’s a cutting edge lacking that is desperately needed for this to be properly memorable. B-side ‘For Now’ suffers from the same symptoms, though minus the ‘big’ chorus and even more glum-sounding than the lead track, instead happy to showcase an understated feel, the song’s dynamic kept constant from the start to its fade-out-to-tambourines end.

‘Iron Mask’, then: a touch too long, a touch average where the tempo is concerned and, in the face of freshly-released albums by Editors and Interpol, unfortunately likely to be overlooked.