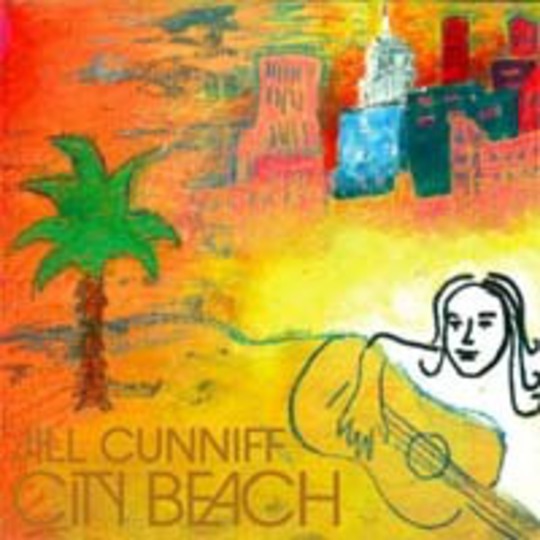 One of the two creative wellsprings of ‘90s trippy New Yorkers Luscious Jackson, Jill Cunniff is now best remembered as the voice behind such slinky pop moments as ‘Ladyfingers’ and ‘Naked Eye’. Since her band’s dissolution in 2000, Cunniff has remained low key, dividing her time between songwriting assists (Cooler Kids, Emmylou Harris) and settling into family life.

Eight years since her last leading role on an album, City Beach finally pips into existence like a slowly building waft of fragrant smoke, sensually breathing summery goodwill into the atmosphere. The title is a remarkably accurate reflection of the spiritual home of the music contained within, indulging the (now slight) hip-hop/urban influences that Jackson were lauded for, whilst focussing more intensely on the breezy melody that defined their breakthrough moments.

In all fairness, this is really everything one could hope for and expect from a Cunniff solo record. The hits far outweigh the misses, the tunes are taught and bristle beneath the slacker tempo, and it flows more readily than any Jackson record. Lead cut ‘Lazy Girls’ may seem thin at first, but on second spin, along with the other gems herein, it reaches out and taps you on that bit of the brain kept just for those days spent lounging around in the warm sun.

‘Eye Candy’ and ‘Happy Warriors’ are the two most brazenly stomping pop nuggets she has ever put her name to and if a couple of the latter tracks don’t quite reach the same heights, well that’s a small price to pay for this timely confection. My advice to anyone suffering with SAD: chuck the pills and invest here for a guaranteed cure to those winter blues.