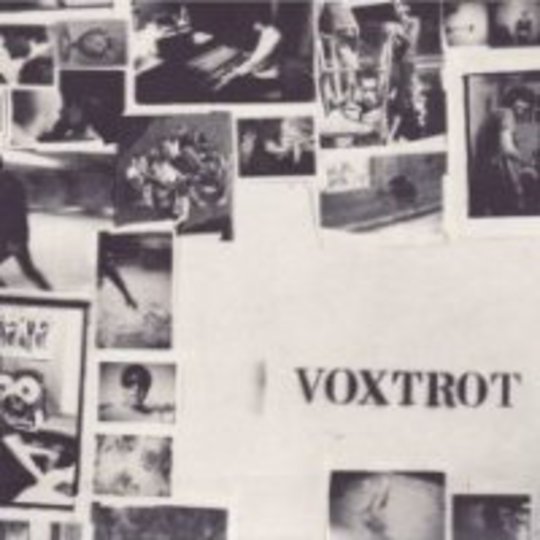 I’ve fallen in love with the opening bars of_ ‘Introduction’_ and could happily listen to it all day. The soft guitars and strings and the gentle way the song builds to a crescendo is fairly American-indie-by-numbers, but that’s no bad thing in my book. ‘Kid Gloves’ is one of those songs that makes me want to dance like a numpty – clicking my fingers while shuffling my feet from side to side (a dance that regularly makes people within 100 feet of me stare, point and laugh)._ Anyhoo, I defy anyone to hear the _“oh oh oh oh” bits and not want to sing along. The chorus is absurdly catchy and he says ‘fuck’ with a rather angry little spit too – brilliant.

‘Ghost’ is a pretty piano-based ditty, with some lovely synth touches and vocals that swirl and dance around the evocative strings. Lyrically it’s a bit dark:_ “I don’t ever want to be alone like this, haunted by the presence of the things I miss”. You could almost imagine _‘Steven’ to be a Paul McCartney song, with perky piano and romantic, although slightly bitter, lyrics – “I want to be myself but I am somebody else”. The loping rhythm and cadence of the vocals make it such a pretty song that it’s impossible not to enjoy it.

‘Firecracker’ is a bit different from the songs so far, jerky and uneasy; there’s a touch of anger to the vocals in the chorus which doesn’t quite suit the singer’s voice – it feels at times like rage for rage’s sake. The song is also slightly reminiscent of Britpop outsiders Mansun. Make of that what you will.

‘Brother In Conflict’ continues along the similar ‘angry’ theme, with the opening lyric: “I wanna I wanna drown you in a pool of blood”. Perhaps it’s just the opening words but I can’t help but be reminded of Easyworld’s ‘Bleach’. We’re getting into full-on radge mode now and I almost expect some angsty screaming (but thankfully it doesn’t materialise). ‘Easy’ goes back to basics in some ways and, despite a catchy chorus with some lovely squealing guitar, it doesn’t quite hit the mark.

It’s a petty point but songs with_ ‘Part 1’ at the end of the title really annoy me – especially when there’s no _‘Part 2’ _in evidence. _‘The Future Part 1’ is also not particularly interesting – rolling along with a pretty melody and no distinguishing features. ‘Every Day’ brings us back to the good stuff though with chugging acoustic guitar and wistful vocals, but clocking in at just under four and a half minutes it feels a little long.

‘Real Live Version’ is a little too plodding and depressing for my tastes but it’s full of feeling and emotion, while album closer ‘Blood Red Blood’ contains some very evocative lyrics and (possibly) a trumpet but it doesn’t really go anywhere despite some mental wig-outs towards the end.

This is an odd album – one that, on first listen, captivated me completely, but after repeated listens I began to find things wrong with it. Perhaps it’s because I have to apply a ‘critical’ ear in order to review it, but it feels very much like an album of two halves, the first five songs are absolute crackers, but there’s something to disappoint in every song that follows.

Worth a go though if pretty indie pop with bursts of angst is your bag.