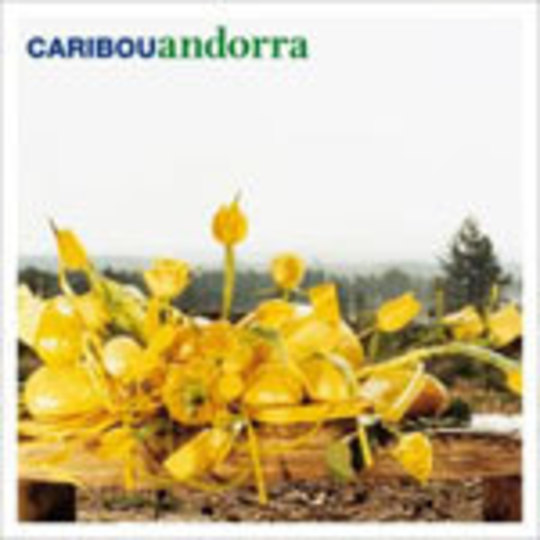 Dan Snaith is an aesthete. A tireless one, by the sounds of his Andorra. Each track on the follow-up proper to 2005’s _The Milk of Human Kindness is layered into perfection; piece by piece, blip by blip. Some of its contingent parts sound organic, some electronic; some I couldn’t bet either way, not that it really matters here. The result is a record that drips with colour but remains light to the touch, compacting ten summers and then airily wiling each one away in hangovers that dissipate over a couple of dozy hours. What's interesting about this collection of songs, the tension in its placid breaks, is evident from the first minute, though the opening track - 'Melody Day' - plays it so cool it acts as something of a distraction.

The Eternal Crux, then - the t'ing and t'ang that keep a record frict and make it interesting. ‘Dozy’, ‘hungover’ - not words you would tend to associate with a "tireless aesthete". You get the feeling that Dan Snaith put a ton of work into making Andorra sound so natural and easy. Melody and noise; ease and toil; rhythm and blues - of which there are plenty here - are all dichotomies understood and put to work by Snaith as he endeavours to hold the unbridled attention of your ears.

Being endeavours, they don't always come off. Back to that first song. The album's lead single is an avatar in mood, (if not in form), for a long-player that would specialise in pop if only it didn't seem to find it so very easy. A breezy panacea for last night’s sweatbox comedown; 'Melody Day' is full of glacial, Jolly Rancher colour and flourishes of sound that blow fresh air in your ears. It's direct and it's rampant, but it's possession of these qualities that places the remainder of the album in stark contrast to itself.

So slick is the production and so smooth is the transition from one moment to the next that Andorra suffers from an apparent reluctance to take us by the scruff of the neck and rattle us out of our mental Laconia. Comparable bands - Autolux, Four Volts - know when to throw in a jarrer to burst your pop bubble. Snaith's mastery of his craft betrays the effort that goes into his work - you struggle to detect any joins and all the cracks have been completely sanded over. Soft and undefined, the record opens up and stretches away around you in all directions, creating a vast expanse of sound that will prove impossible to chart completely. So ears tend to give up, or at least give it half heart. Golden hooks and melodies are lost in the distance that builds between music and listener.

Still, give it the time of day and you'll plunder all sorts. 'Sandy' starts off sultry and seductive and carries on that way; Snaith is the explorer discovering all manner of things shivery and wide-browed. "Sometimes in her eyes I see forever, I can’t believe what we’ve found," he reckons, in front of swooing harps and back-arched psychedelica. 'After Hours'_ and 'She's the One' run along similar, if increasingly darker lines; the latter rescuing the former from its listless meandering with a down vocal cameo from Junior Boy Jeremy Greenspan. Caribou tries to anchor the album in the empathy and security of introspective, 'relationship' lyrics, which works for a while 'til the music gets the better of words and songs float off into the up, like dandelion parachutes untethered by puny wind.

It's that ease that proves to be Andorra's biggest failing. If the record's creator can be so easily distracted from the task at hand, what's to stop the listener from following in his footfall? When the music tries to come back to the path it was treading it finds nothing but covered prints. So, it finds nothing. Which is fine if you don't particularly care to be reminded of the last half an hour - on that sweatbox hangover, for example. But, if like me, you wouldn't mind carrying such well-built songs along the road with you, I fear you'll just find yourself disorientated by the sheer, intangible release of it all. I can't work out if Caribou is lost in self-importance or modesty - either way, Mr. Snaith, you've spoiled us here.