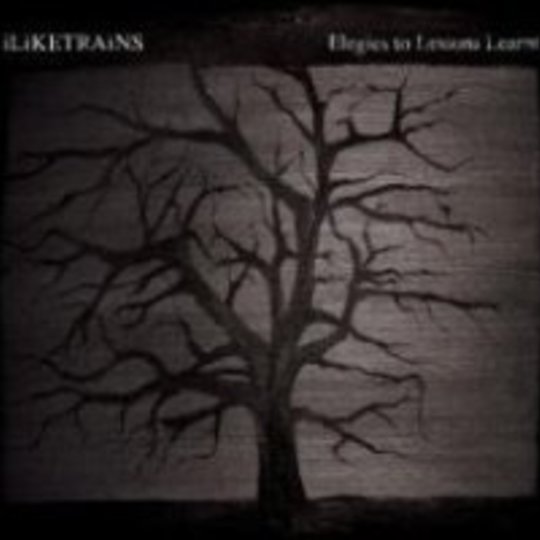 History is characteristically a very melodramatic muse. Most of the stories stored up in text books and grainy film footage reveal some sort of folly or triumph, as rarely do people serialise the day-to-day because, for most of us, the trials and tribulations that beseech our daily life are quite boring. I have never read a story from the nineteenth century that describes a heroine doing her laundry, or a politician fighting sleep deprivation. Nope, pain must be inflicted, either to oneself or someone else to make it into history’s troubled storybooks. By doing so, melodrama wins, normalcy is cast away and all becomes part of an entertaining picture book to be opened up and glossed over centuries later.

In university, my entire class was forced to sit through a three-month module dedicated to the history of communication. By week two we had made it onto the printing press and, five weeks later, we were twisting through the bits and bobs that make up the internet. On that schedule, only the entertaining moments need be discussed, and in history’s sake, entertaining usually means pain, violence, trouble, strife and all sorts of other melodrama. That is where the exciting stuff lies.

One recurring theme in history is that we never learn from it. Hegel proclaimed that The French Revolution marked the end of time, and since then things have been going in circles. If this is true, than Leeds’ iLiKETRAiNS will never run out of themes to expand on, as this merry-go-round of human error, both on the personal and societal level, has provided an overflowing cup of melodrama for the band to experiment with on their debut full-length, Elegies to Lessons Learnt. Yet this is no plaintive set of poems mourning someone lost in battle; instead, like the rest of the quintet’s catalogue, Elegies to Lessons Learnt takes those who suffered in the past and tells each story with a slight grin adorning each melody, never too serious to downplay how plainly stupid some of these characters were in their time, but respectful enough to not make a joke of the whole lot. And the stories are great as always with iLiKETRAiNS, who masterfully find the most entertaining screw-ups encased in the dust of those hardcover books no one reads to write about. ‘Spencer Perceval’, one of the band’s older songs about the only Prime Minister to literally bite the bullet, is on here, as well as an ode to the Great London Fire ('Twenty Five Sins') and the brilliant stretch of history called the Salem Witch Trials, where Puritans burned women at the stake because they may have been slightly opinionated ('We Go Hunting'). Admittedly, the tales of woe are quite tongue-and-cheek on Elegies to Lessons Learnt, but mercilessly entertaining as well.

Pointing out the shortcomings of others is always a lark, but when said malfeasance is over and above the call of idiocy, it not only makes for good storytelling, but also good post-rock, a style bent of exploring those extremes peering out of the ordinary.

Musically, Elegies from Lessons Learnt is not a far cry from Progress:Reform, the sort-of greatest hits package Fierce Panda released last year to bide time for this set. Preferring patience and restraint over explosive blasts of atmospheric wailing, iLiKETRAiNS slowly build up these songs to climax, careful not to move to quickly to alter the mood that this entire collection expels. A definite post-rock ethos dominates, something akin to A Silver Mt. Zion or Mono, but this is a more cunning affair than most comparable offerings. Instead of launching each melody out to space, these songs are planted firmly in history, on the ground, because they are focused on celebrating life’s most brilliant failures, while sounding endearing enough to engender a hint of sympathy from all their tales. Point is that these are funny stories, and iLiKETRAiNS do not take them too seriously; it’s this trait that makes this collection succeed, because if they truly mourned history’s morons, these blasts of sound would lose power. It would become too cliché and forced; these songs are fun first and elegiac second.

The symphonic experimentation the group employs here goes above and beyond their previous releases, especially on the grasping opener ‘We All Fall Down’, which flirts with dissonant string arrangements, single ‘The Deception’ (reviewed HERE), a song that conjures up haunting brass symbolism, and the morose and aptly titled closer, ‘Death is the End’. Plus, the sound the band seeped from recording in an old church in Leeds shines through, as all the sacrilege, both serious and less so, peers through, enhancing the gorgeous melodrama that these songs sweat. This makes these historical gems that much more entertaining to play around with because, again, it is all for the fun of it. It is as if history instructed the guys what to write about, how to make it serious enough to buoyantly hold the theme while still realizing that these characters and situations make up both the shits and giggles of the past. Good show, guys.