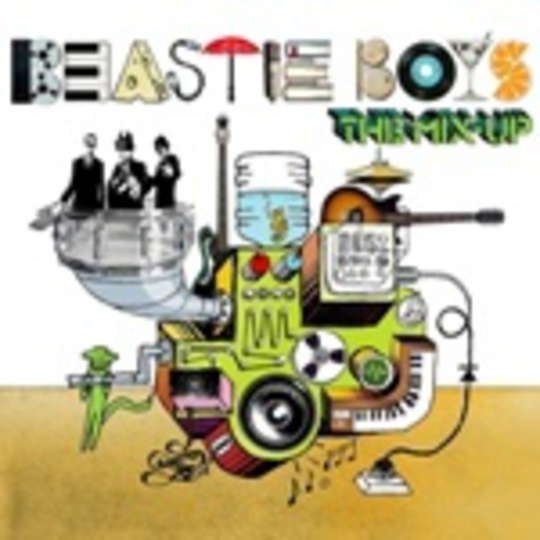 The Mix-Up features a sticker on its digi-pack casing: “Their first-ever full album of all-new instrumental material”. What it should have read is similar, but a lot clearer: “If you’re one of the weirdoes who reckons _The In Sound From The Way Out! is the Beasties’ best LP, this is for you”_.

Beastie Boys are a rap group, but this is not a rap album; the trio’s past forays into instrumental territories – most prominent on the albums Check Your Head and Ill Communication, and collected on the aforementioned compilation of 1996 – were of debateable quality, and this dub-heavy instru-funk offering is unlikely to change the opinions of those reaching for their skip buttons whenever ‘Sabrosa’ trickles onto the home stereo. It is what it is: an album of instrumental music from three men not known for their instrumental records, particularly. It’s nothing other than black and white: there are no depths here, nothing but a wash of background noise to complement some late-night doobie toking.

There really is little else that needs adding; there are no layers to peel, no undertones worth a considered second listen. The Mix-Up isn’t bad, but nor is it really good; it doesn’t split opinion because there’s really not all that much to it. It’s purely incidental material that goes nowhere for a dozen tracks and ends with just as much fuss as it began, i.e. none. If you’re a fan of the band you’ll buy it because it’s Beasties branded, but consumers wanting rapping from their rappers are advised to save their pennies for a proper B-Boys LP, as and when (and if!) one surfaces.