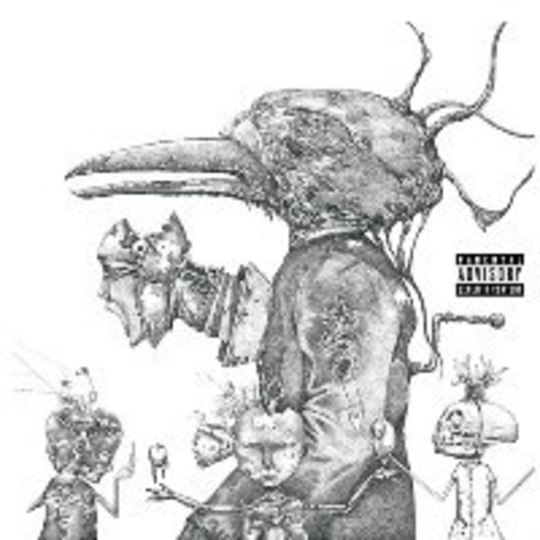 Album number eight from Californian nu-metal outfit Korn (reverse that ‘r’, and capitalise it even, if you must) offers precisely what’s asked of it and little else: it grunts in all the right places, riffs itself into a frenzy when opportunity knocks, and ultimately reminds the likes of yours truly that Life Is Peachy really wasn’t all that good way back when. Still bought it, though.

Untitled for reasons vague at best – vocalist Jonathan Davis’ remark that “our fans (can) call it whatever they wanna call it” can be interpreted as “we’re too messed up membership wise right now to all agree on a title” and little else – these twelve tracks (plus an intro effort) sporadically exhibit a shift from the crunching chords and down-tuned bass of albums past. With Nine Inch Nails’ Atticus Ross on production duty, Untitled (as we’ll call it here) is an occasionally eerie affair that benefits from the gloomy atmospherics said fiddler of levels, et cetera, has built his reputation on. A few forays into territories most commonly associated with Trent Reznor protégé Marilyn Manson aside, though, this is an entirely standard affair. Not sub-standard when put against its makers’ existing catalogue, but far from the giant leap promised by claims of “no boundaries, no limits”.

Track titles like ‘Bitch We Got A Problem’ _– actually one of this album’s stronger tracks, all mechanised grinding and menacing grins from our blade-cloaking protagonists – will do little to endear the band to newcomers, but such a market is of no interest to this Bakersfield-spawned act anymore. _Untitled is pitched exclusively as a consolidating offering, one that won’t damage Korn’s reputation amongst their fan base any, but that also won’t see said audience grow. It’s neither poor enough to warrant a panning, nor progressive enough to deserve praising to a degree where recommendation to absolute beginners is necessary. It really is what you expect it to be. It’s Korn, simple as: you like them or you don’t, and Untitled’s not altering any existing opinions.