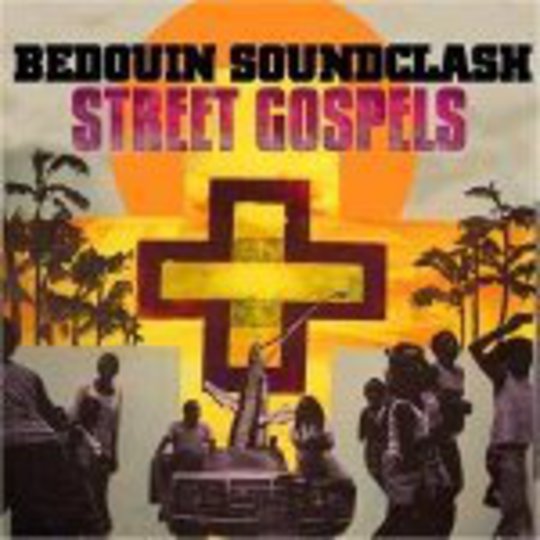 Having never actually heard a Bedouin Soundclash album before, just the ‘When The Night Feels My Song’ track that was ubiquitous last year, it’s surprising how completely predictable this third album is. It sounds exactly how you’d expect it to.

Yawn-o-rama, then? Well, perhaps. This Canadian troupe’s brand of poppy reggae is certainly laid back, and it will never excite mass hysteria. One of the problems with reggae is its limited musical vocabulary - the jerky strums, and vocals that pepper the mix rather than forging a smooth thread through it. But by combining it with other influences, Bedouin Soundclash, it could be said, are worthwhile deconstructionists, working within incredibly tight formulae (both within reggae and pop) and yet emerging with a sound that is quite clearly their own. Predictable, yes, but only because Bedouin Soundclash are so distinctive.

There’s nothing here to rival that breakthrough single and T-Mobile advert soundtrack, but there are plenty of sun-kissed choruses to enjoy, especially on ‘Walls Fall Down’ and ‘Bells of 59’. ‘12:59 Lullaby’, meanwhile, has joined that growing list of “as heard on _Grey’s Anatomy”_ songs, which at least proves its immediacy. There are other twists to the sound, with classic ‘60s influences popping up here and there - the Beatles and Beach Boys adding warmth to the pop melodies.

Street Gospels is eminently likeable, a collection of songs that deserves to be heard and admired. It won’t blow your hair back, but it’s wonderful escapism, leaving its gentle pop resonance with you for hours after it’s finished spinning.