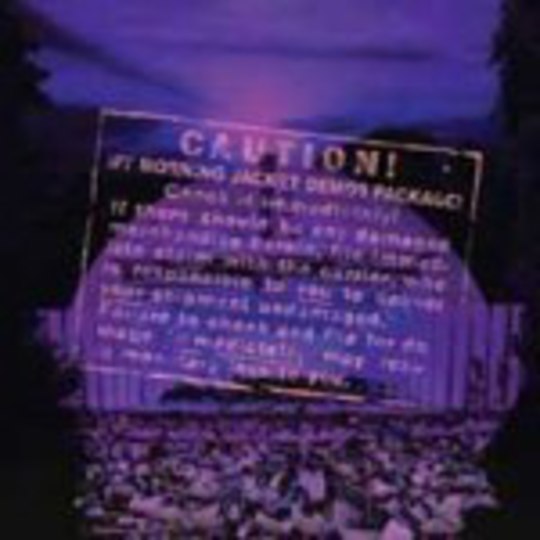 Maybe it’s just me, but odds and sods compilations often seem to be nothing more than an exercise in exploitation. As soon as a band achieves moderate success their label or, in this case, former label decide its time to flog the carcass of their back catalogue red raw. Somehow, however,_ Demos Package: At Dawn & Tennessee Fire Demos _is more than an unsavoury hodgepodge. The twenty My Morning Jacket tracks gathered here have an earthy charm, the lack of studio glister meaning that the songs have an utterly lived in, authentic feel.

The material from the recording sessions for the band’s first two albums has a real folksy cohesion, the playing is intimate, at times a little ramshackle, but all the more affecting for it. Jim James’ frayed at the edges vocal assumes precedence and proves more compelling than ever. On ‘Hopefully’ and ‘Picture of You’ in particular his performance adds real soulful sincerity. Elsewhere there are handsomely wrought renditions of ‘Lowdown’ and ‘Butch Cassidy’, the nimble guitar and mournful voice tuning into the satisfyingly windswept sound of the American frontier. ‘Lead Me Father’ meanwhile is a churchy spiritual that recalls the country epiphany sound of Johnny Cash.

A handful of live tracks including, the never recorded, set staple ‘Lil Billy’ round out Demos Package. Perhaps it’s simply the fact that it’s My Morning Jacket, but for a collection of off-cuts this album is surprisingly tasty.