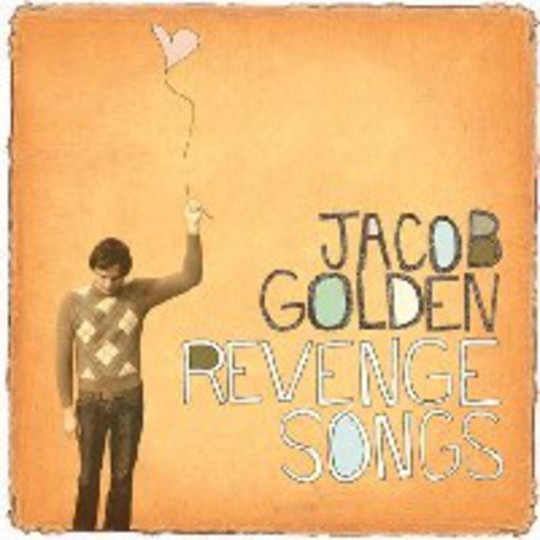 Sacramento born singer/songwriter Jacob Golden may hold the distinction of being the only unsigned artist whose music appeared on the last series of rubbish teensoap The OC, but don't let that twisted claim to shame put you off.

Because despite all the typical AOR college-rock guff associated with that programme and its suitors, Golden comes across as anything but your typical American on Revenge Songs. Well, unless that American happens to be Conor Oberst, that is.

Revenge Songs is the follow-up to 2003's Hallelujah World debut, and hasn't actually been that long in the making - the time spent actually funding and finding a label to put the damn thing out.

Obviously the dawning of the MySpace era has played a helping hand - Golden's profile has increased significantly with the help of Tom Anderson's cyberbaby - as have his fleeting appearances with several other acclaimed artists over the past few years, one of whom, Faultline's David Kosten, seized the opportunity to sign him to his own Sawtooth imprint.

What makes him more interesting than any number of pretenders out there is the way he tells his stories with an almost photographic attention to detail, albeit occasionally bordering into clumsy territory, ("I wanna sit and watch the girls at Soho Square/I fell in love so many times just sitting there" from 'On A Saturday' is just wrong in every aspect).

When Golden gets it right though, as on the reflective 'I'm Your Man' or heartfelt Daniel Johnston tribute 'Shine A Light' there isn't anyone bar Oberst himself who can hold a candle to him, and on the surprisingly upbeat break-up heart-wrencher 'Hold Your Hair Back', he implores quite dramatically "Let's create a new identity". Well Jacob, this may come as a shock to you but by my reckoning you're doing just fine under your present guise.

Lose the Oberst rhyming deficiency disorder and the bigger stage is there for the taking.