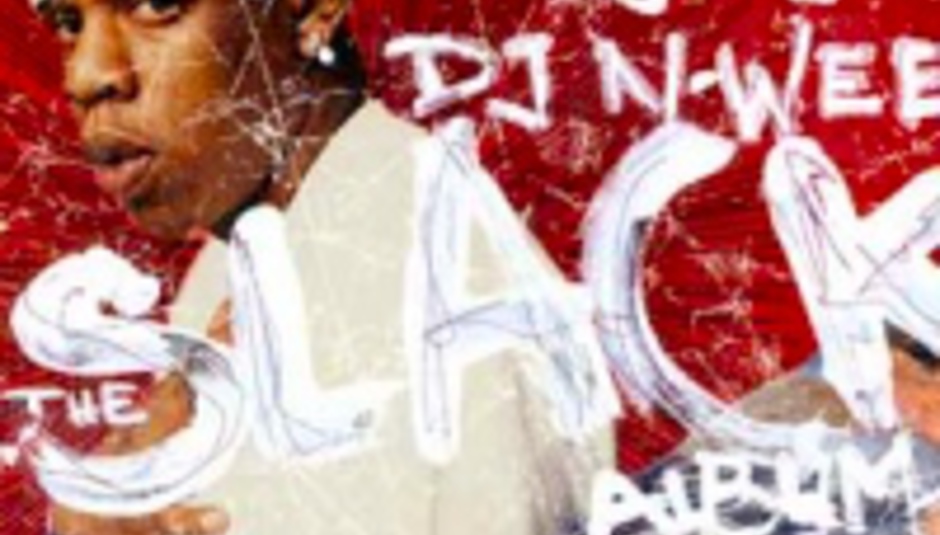 Jay-Z vs Pavement: The Slack Album

by Sean Adams April 22nd, 2004
Albums vs Albums... hip-hop vs classic guitar records.. first it was the Beatles, then 'tallica and now Stephen Malkmus' americana-tweesome...

The attack of the DJs continues and this time it's DJ N-Wee (Henry, geddit?). He's mixed Jay-Z's possible last album 'The Black Album' against Pavement's 'Slanted and Enchanted'.

The shits'n'gigglesy titled 'The Slack Album' was seemingly only put together for its name. But the 14 tracks, N-Wee explains on his website, are "a mix of bizarre lo-fi hip-hop, uneducated art noise, and humour..." .

N-Wee told indier-than-thou yanks Pitchfork that he didn't pick 'Slanted and Enchanted' for any particular reason: "The choice was really just another lark. Sure, [there are] 14 tracks on each disc... and there are other nice coincidences, like the fact that the last song on each album is the only song on either album in 6/8 time. But The Slack Album was really just one title on a silly list of unlikely hybrid possibilities that I made up after downloading the vocal tracks. Since most of my friends are bigger Pavement fans than they are of Waits or Beefheart [the other considerations for mashup], I made a few tracks to make them laugh. The tracks I banged out in an hour or whatever worked a little better than I thought they probably should. So I decided to take it on as a bigger project, a 'fun challenge.'"

You can only get this from file sharing networks of a p2p or bit-torrent persuasion, and on some dodgy black-market place like eBay, so you'll need the track listing...

For more info, head over to http://www.theslackalbum.com.

DiScuss: Who's up next for some exposure to style-press readers? Is this just a massive publicity stunt? Or is in this day in age is hype and mass communication the only form of art left? Where’s the easiest place to download this stuff? What two records would you mangle together for humorous reasons? The Madonna Album - Trail of Dead vs Madge?