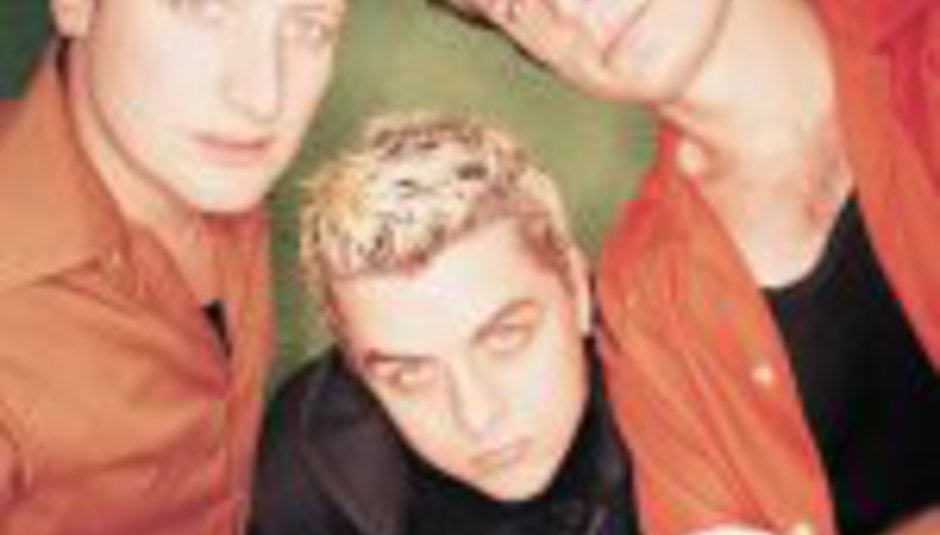 by Gareth Dobson February 2nd, 2004
Million selling punkers, Green Day, have covered the Clash hit 'I Fought The Law (And The Law Won)' as part of an advertisement for a Pepsi giveaway tie-in for Apple Mac's i-Tunes.

The advertisement - which was premiered during the coveted Superbowl ad breaks - features sixteen real life teenagers who were sued by the recording industry for illegally downloading music from the Internet and promotes the Pepsi i-Tunes 100 Million Song Giveaway.

Billy-Joe Armstrong & Co's version of 'I Fought The Law (And The Law Won)' was made available to be purchased on-line at i-Tunes from yesterday, February 1st - Superbowl Sunday. It isn't expected to be on Green Day's forthcoming studio album.

The promotion has drawn fire from both sides of the industry, with outraged music lovers and industry players alike voicing negative opinions. Much of the debate has centred around the actual content of the advertisement. The 16 teenagers appearing in the clip were identified by the RIAA as alleged 'copyright violators' - 'alleged' because they never appeared before a judge. They, or their parents, settled out of court. However, in the TV clip, one of the teenagers says
"Hi, I'm one of the kids who was prosecuted for downloading music free off of the Internet."
Josh Wattles, the former acting General Counsel of Paramount Pictures as well as former Senior Executive in charge of Viacom's music subsidiaries, The Famous Music Publishing Companies rapped the adverts for the poor wording and glib messages that it contained.

"Falsely attributing criminal conduct to someone is a slam-dunk libel in just about every state," he said.

"There's no calculus of relative harm to justify this kind of abusive, untruthful and cynical behavior towards minors no matter how complicit their misguided parents may have been in this deception."

However, RIAA Chief Executive Mitch Bainwol was unsurprisingly positive about the promotion, commenting; "This ad shows how everything has changed. The debate is not digital versus plastic, it's legitimate versus illegitimate."

'I Fought The Law...' was written by Sonny Curtis (of Buddy Holly's Crickets), originally recorded by the Bobby Fuller Four and later famously covered by The Clash on the band's 'Cost Of Living' EP.

Green Day have previously 'punked up' The Who's My Generation', as well as regularly paying homage to the ouerves of bands like The Ramones, and Agent Orange.