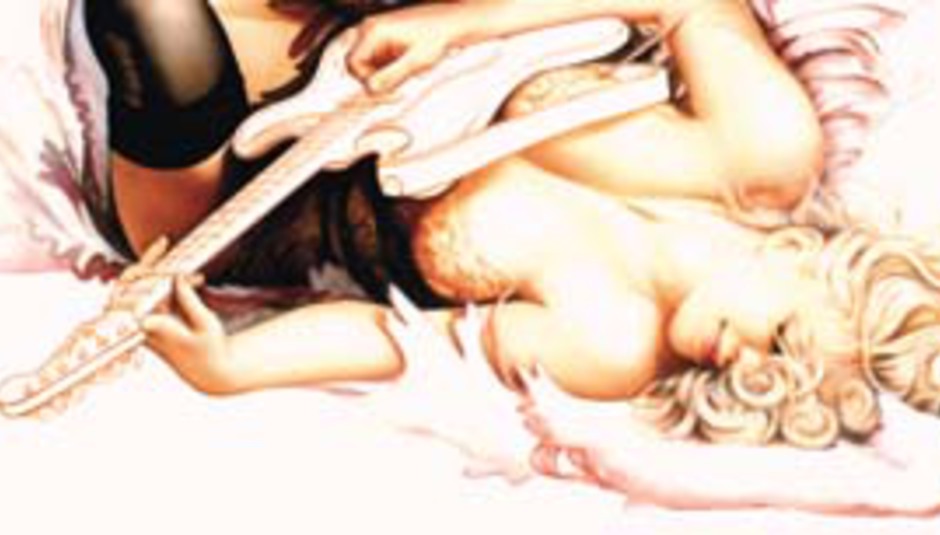 by Tom Edwards December 19th, 2003
If anyone in musicland is gonna be happy to see the back of 2003, it has to be that Courtney Love. The gal's had to battle through literally zillions of gruesomely public court cases, in between dropping by her ex's to kick some glass ass, dodging police officers hither and thither, and all the while overdosing on prescription pills. Phew...

Oh yeah, she's also been working on a bit of a solo album thing, too. It's called 'America's Sweetheart' and it was meant to be out in September. Anyhow, shit happens and it's been put back to 9th February now.

We VIP types at Drowned In Sound have also been granted an exclusive listen to the first single, 'Mono', out 26th January. When I say 'exclusive' I mean, of course, exclusive to anyone with a decent computer and a connection to the internet.

Go now and download and/or stream it from Courtney's Official Site. It's really quite good. Very good, in fact. Sort of like 'Celebrity Skin' if you walloped it in the face with a stick and taunted its weight problems in front of some mean-ass school bullies.

And if that's not enough to blow yer punk-rock whistle, check out this killer artwork preview up to yer starboard. Bloody limeys!