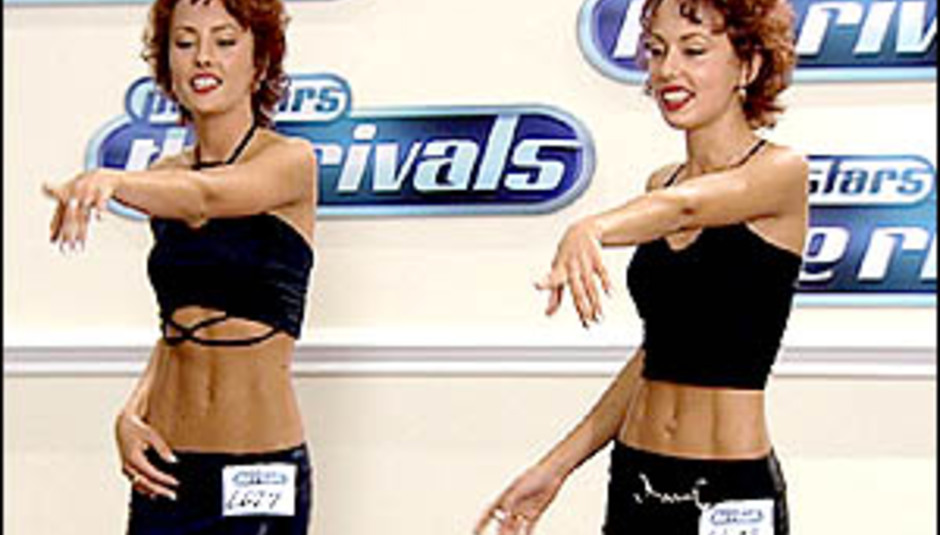 by Mike Diver November 28th, 2003
Yes, it's wrong to celebrate the misfortune of others, but when said misfortune befalls those pesky vampire twins The Cheeky Girls, how can you fail to crack a smile? Our favourite Pop Idol rejects (or was it Pop Stars? Do you care?) were strolling down Oxford Street when they were mugged. The thief pushed the pair to the ground before making off with a Gucci bag worth some £700. Now, you'd expect such a bag to be chock-full of credit cards and wads of cash, but no, this is The Cheeky Girls we're talking about. Instead, the bag was full of badges, carrying the slogan "Have A Cheeky Christmas".

Oooh, those cheeky cheapskates... what were they going to do, pay for more Gucci wares with teeny buttons? (Actually, the pair were off to a school, but the idea of them trying to pay their way with their own merchandise is far more entertaining). They've now hired bodyguards, just in case anyone is stupid enough to try to mug two unsuccessful pop 'stars' again.