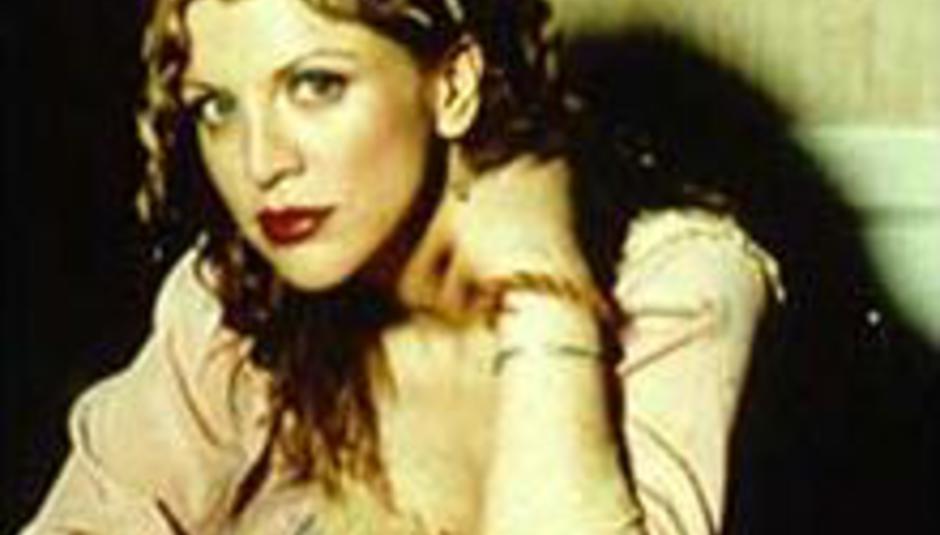 by Tom Edwards November 5th, 2003
A devastated Courtney Love left court in LA last month, after being told she was not a fit mother.

Mother and child clung tightly to one another on the way to the proceedings, where Love appeared sober, if exhausted from worry. Frances Bean, the 11-year-old only daughter of Love and Nirvana legend, Kurt Cobain, has a difficult record with the LA social service. It was in this city that her parents were forced to battle for custody of her shortly after her birth in 1992, after Vanity Fair depicted the parents using heroin throughout the pregnancy.

Despite the fact that the article was riddled with hearsay and straight-out untruths - according to the writer, Kurt Cobain rarely took more than alcohol before the couple met, whereas in fact, he didn't drink because of his stomach problems and started using heroin months before he first encountered Love - this was enough to convince the authorities of their poor parenting skills. The Cobains famously decided to return to Seattle after this encounter, buying the house where Kurt eventually took his own life.

This year has not been easy on Love. In the months preceding the 10th anniversary of her husband's suicide, the singer was arrested after an alleged air-rage incident on her way to a benefit concert. However, the airline dropped the charges and stated that Love is "welcome back anytime" and she appeared onstage with Elton John the next day, attempting to laugh off the incident by dressing up as Donald Duck.

After months spent working on her delayed solo album, Courtney again made headlines after breaking windows at her on-off boyfriend Jim Barber's home, while overdosing on prescription painkillers. Although no drugs were found on her person at the time, she was later taken to hospital from her home, where a small quantity of the painkiller OxyContin was found. Although Barber appears not to have pressed charges, the intervention of the unscrupulous LA police means that she will need to appear in court to prove that she has a prescription for the pills she had taken.

On 10th October, the County Department of Children and Family Services took Frances Bean from her school and Love was forced into 72-hour psychiatric evaluation in a nearby hospital. Understandably distraught, she refused to co-operate with the staff and was transferred to a "lockdown facility", which she later escaped from after 24 hours. It appears to be this event which turned the judge against Love, leading to the decision that Frances should be placed with Cobain's mother, Wendy O'Connor. The two are well-known to be close friends, with Wendy looking after Courtney and Frances in the days after Kurt's suicide and often defending her in interviews.

Courtney is next due to appear in court for the Barber incident on 14th November. She is said to be starting proceedings to appeal the custody case as soon as possible.

DiScuss: Has the witch-hunt gone too far? Surely, Courtney can look after her own daughter with the assistance of two nannies. Everyone knows she’s not society’s idea of a perfect mother, but does that fact alone give someone the right to take any child away from its parents?