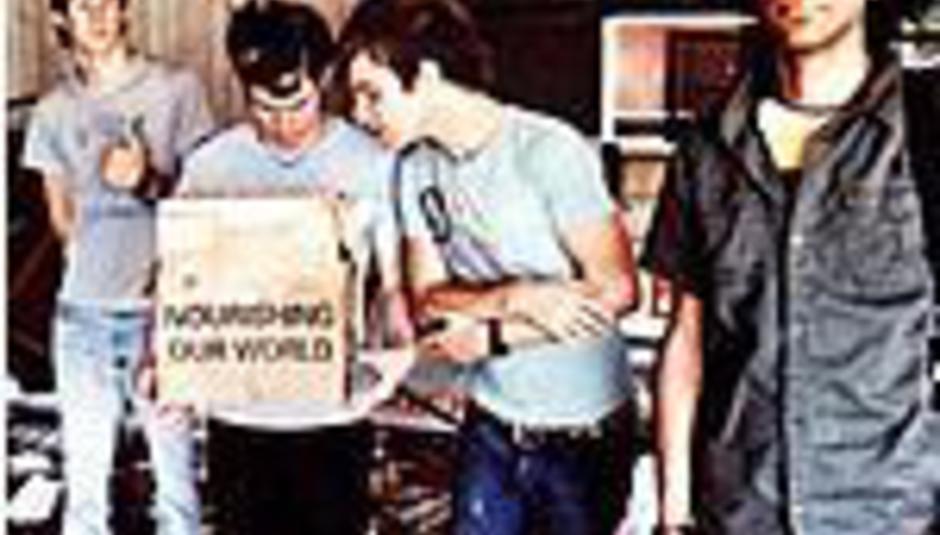 Seattle-based surreal-punk-thrashers The Blood Brothers are beavering away in the studio, hoping to have their as-yet-untitled new album out in the autumn.

As previously reported, the band have been working alongside Guy Picciotto, who is co-producing the new long-player with John Goodmanson. In the meantime, the quintet are to release an EP in the States, featuring songs previously released in the UK (click here for review of UK release).

The tracklisting to the Love Rhymes With Hideous Car Wreck EP looks like this: