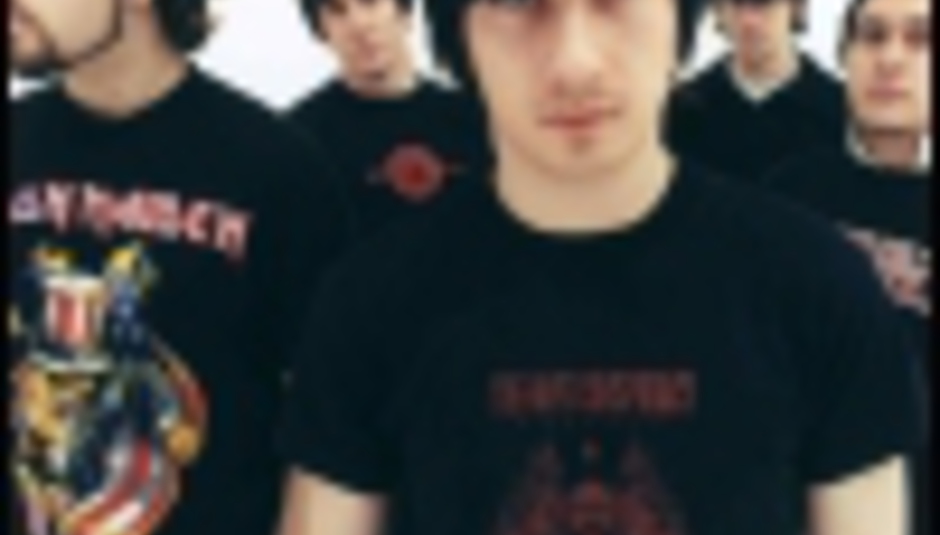 Funeral for a Friend: Digital Single Is Onsale Now. Here.

by Sean Adams September 16th, 2003
The album's on the way, a tour is due, get the online single to get yourself ready...

Funeral for a Friend have a download single out this week called ‘Bullet Theory’ and have appointed us as one of their online outlets. So, for £1 using your credit card or £1.50 using SMS, you can get the video plus downloadable artwork and interview footage. TRACK NO LONGER AVAILABLE. Please note the file will be burnable three times and transferable to portable devices.

FfaF are currently in America on tour with From Autumn to Ashes, Cave-In and Everytime I Die. We hear the band have been winning over crowds and then some on the first few nights in the States. They're back here in October with US mob The Movielife in support on all dates. Hondo Maclean open from October 7-16 while Million Dead open from October 16-29. dates here.

We also hear FfaF will be releasing a mini-album comprising of the tracks from their acclaimed first two EP’s on Ferret Records (home to From Autumn to Ashes, A Static Lullaby etc).