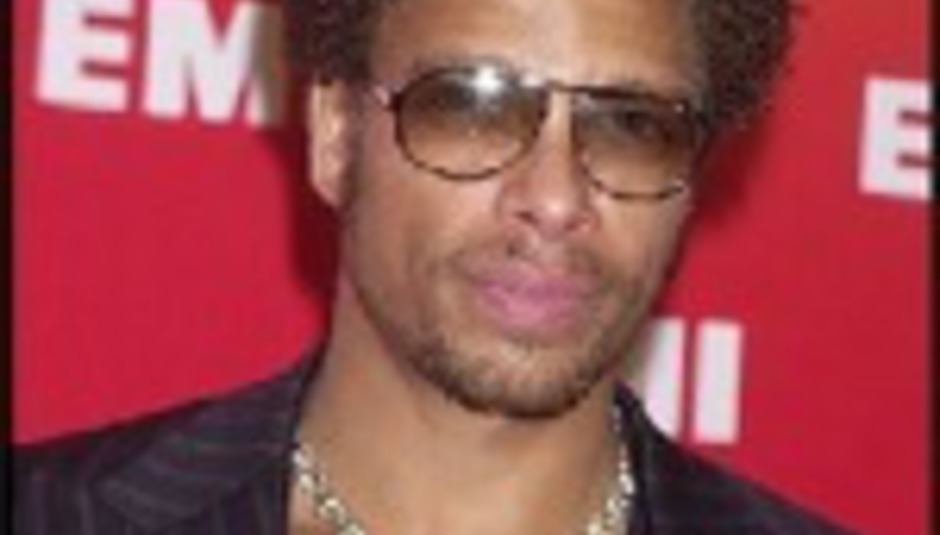 While he plays a dreamy scientist who solves murder crimes on network television, Gary Dourdan has ploughed a new furrow by actually singing on 'Machine Gun'. Gary shows off his acting skills in the video for DMC's forthcoming single 'Just Like Me', where he plays DMC's dad! Confusingly, DMC's son plays DMC. Apart from rapping, of course, it is unclear what role DMC himself plays. The single is out on 29 May.

After the video featuring Gary (pictured) hopefully acts as a springboard to success, DMC releases a new album, Checks, Thugs And Rock N Roll, on 12 June. It features a totally random collaboration with "classical folk star" Sarah McLachlan on a hip-hop folk (FOLK HOP!!!) hybrid of the Gary Chapin epic tune, 'Cats In The Cradle'. It sounds like fun and I think he's talking about 'cheques'???

DMC wanted this hookup because he had been on a downer since being diagnosed with vocal disorder, spasmodic dysphonia and then finding out he was adopted and then having his bandmate Jam Master Jay murdered, all in 2002. To get through it he didn't listen to Linkin Park for salvation, instead he found solace in Sarah's song, 'Angels'. Good luck to him.