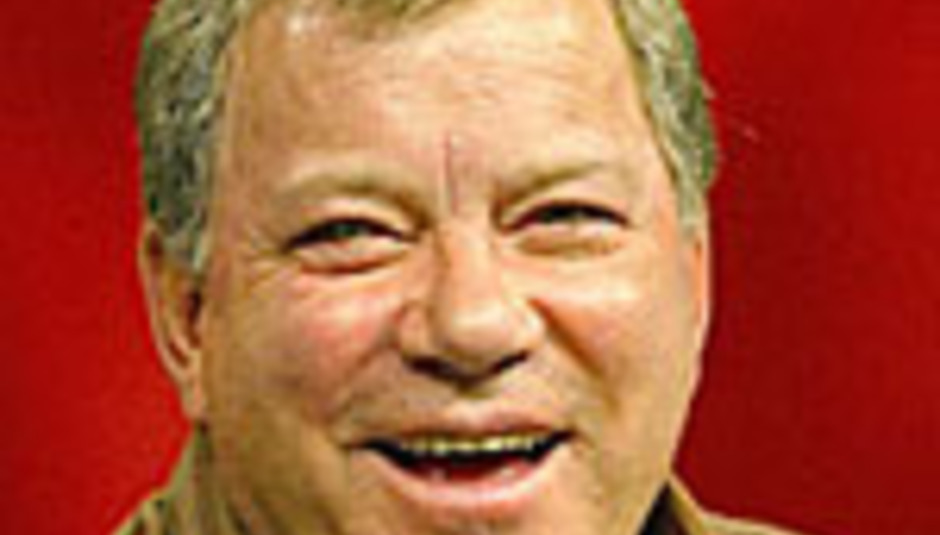 First there was Tom and Jerry. Then, Pinky and the Brain. Then, Isobel Campbell and Mark Lanegan. Now, there's William Shatner (pictured) and Henry Rollins...

The pair have established a stranger-than-fiction friendship, one that saw them collaborate on Shatner's 2004 collection of covers, Has Been. Since then, the pair have hung out, watched football, eaten chips, et cetera.

Rollins says of his initial meeting with the former Star Trek star:

"I thought, 'That sounds like it could be great or a total disaster,' and I love that kind of risk. After that, Shatner's assistant calls me and says, 'Bill had a really good time,' and asks if I'd like to come over for Monday Night Football at this house."

So, Rollins did so, and has since been over for the Superbowl. Of fried chicken, we hope. Anyway, the one-time Black Flag frontman continued:

"When people laugh at him, he's laughing too. But when you laugh, you go to the couch; when he laughs, he goes to the bank. He's laughing to the tune of about $4 million a year."

Yes, we realise this isn't news, as such, but it mentions ROLLINS and SHATNER in the same article. That, friends, is exciting stuff.

DiScuss: Can someone other than Doherty please do something newsworthy today? More deaths, not required, thanks...