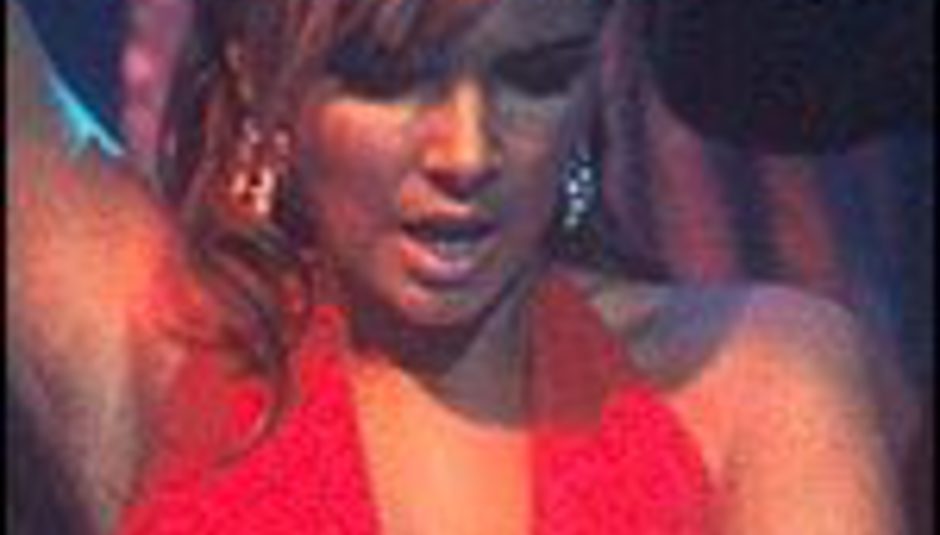 Basically an excuse to run a picture of Nadine Coyle, this...

The Sun, DiS's titty-filled daily of choice, has ran a piece saying that Coyle's on her way out of the group, with a source saying:

"Nadine's had enough. A solo career is now on."

The singer's dad, though, thinks otherwise, and dads know best. He told the Irish Times that the above 'fact' is utter twaddle.

In other Girls Aloud news, DiS editor Colin Roberts says Kimberley is the best, whilst founder Sean Adams reckons Cheryl's quite the nice. Me, I'd rather Ashley Cole...